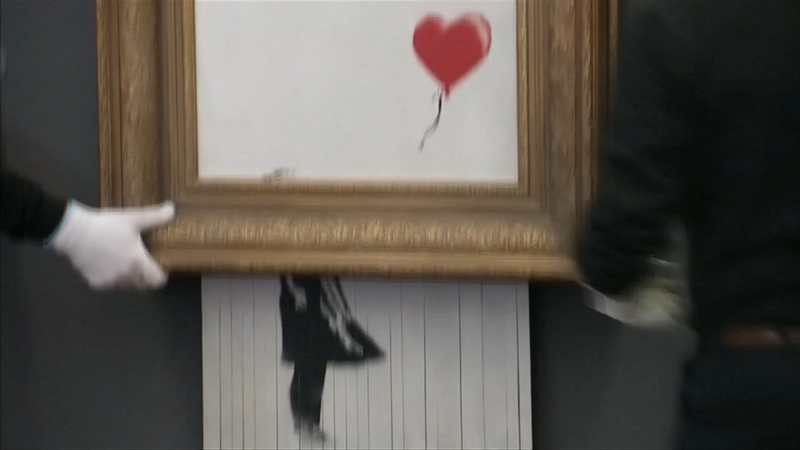 LONDON -- A Banksy artwork that sensationally self-shredded just after it sold for $1.4 million is up for sale again - at several times the previous price.

Auctioneer Sotheby's said Friday that "Love is in the Bin" will be offered at a sale in London on Oct. 14. The piece has a pre-sale estimate of 4 million pounds to 6 million pounds ($5.5 million to $8.3 million).

It consists of a half-shredded canvas bearing a spray-painted image of a girl reaching for a heart-shaped red balloon.

Then known as "Girl With Balloon," the work was sold at Sotheby's in October 2018. Just as an anonymous European buyer made the winning bid, a hidden shredder embedded in the frame by Banksy whirred to life, leaving half the canvas hanging from the frame in strips. 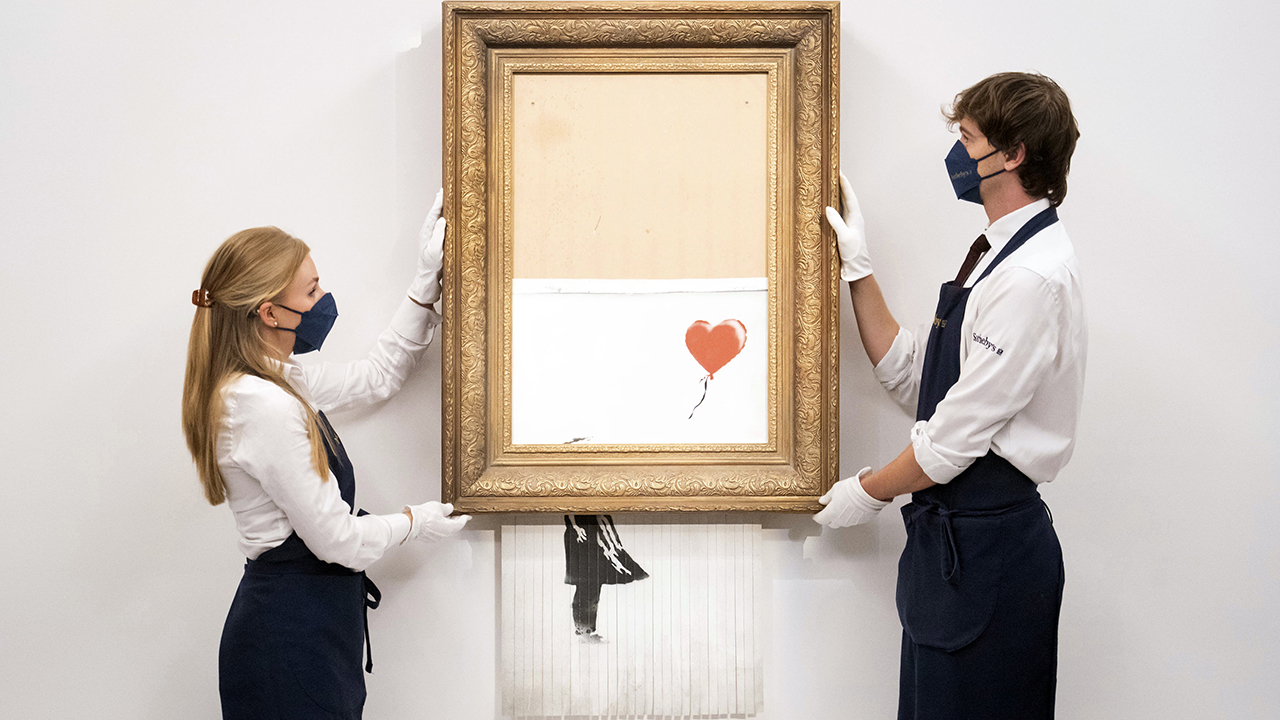 Art handlers at Sotheby's auction house hold Banksy's 'Love is in the Bin', before it returns to auction at Sotheby's, London, Friday, Sept. 3, 2021.

The buyer decided to go through with the purchase - a decision that would be vindicated if the picture achieves its estimated price.

Alex Branczik, Sotheby's chairman of Modern and Contemporary Art, described "Love is in the Bin" as "the ultimate Banksy artwork and a true icon of recent art history."

"Love is in the Bin was born of the most spectacular artistic happening of the 21st century," he said. "When 'Girl With Balloon' 'self-destructed' in our saleroom, Banksy sparked a global sensation that has since become a cultural phenomenon."

The artwork will travel and go on public display in London, Hong Kong, Taipei and New York ahead of its sale next month.

Bansky, who has never confirmed his full identity, began his career spray-painting buildings in Bristol, England, and has become one of the world's best-known artists. His mischievous and often satirical images include two policemen kissing, armed riot police with yellow smiley faces and a chimpanzee with a sign bearing the words, "Laugh now, but one day I'll be in charge."