KGO
By Melanie Woodrow
HAYWARD, Calif. (KGO) -- A Bay Area sexual assault survivor is speaking out more than 40 years later in anticipation of a new law going into effect that gives survivors more time to come forward and file civil lawsuits against their perpetrators.

In anticipation of the new law going into effect Jan. 1, George Houle has filed a lawsuit against the Diocese of Oakland, Christian Brothers, Congregation of Holy Cross and Moreau Catholic High School. He hopes his story will inspire others to speak their truth.

More than 40 years ago Houle says he was sexually abused by two Moreau Catholic High School clergymen in Hayward.

"There's a lot of questions that you ask yourself throughout those years a lot of fear that comes with it," said Houle.

"If you speak out are you going to be discredited? Are they going to try to slur you? There's a lot that's involved mentally before you finally decide, before I finally decided that I needed to deal with it," he continued.

Houle is breaking his silence now in part because of a new law that creates a one-time three-year window for child sexual assault victims to bring a lawsuit against their perpetrators no matter how much time has passed. The three-year window closes at the end of 2022. Thereafter the law enables child sexual assault victims to file lawsuits until their 40th birthday. Previously they had until they were 26 years old.

"Oftentimes the victims, the survivors it's not until many years later that they have realized a crime has occurred," said Chiu.

"It allows survivors like myself to come forth and put it on record that this happened to them," said Houle.

"Keeping it within and staying silent doesn't work it didn't work for me for 40 some odd years," he continued.

He says his parents trusted Moriarty.

"He was one who would visit my parents all the time, come over to the house sit down with my mom and dad and have coffee and stuff like that, them never having any idea what was going on," said Houle.

During his Junior year, Houle says Father Gordon Wilcox, Moreau's Principal, and a priest who tutored him also began sexually abusing him.

"It's wrong, what happened was wrong," said Houle.

"They tell you, 'don't tell anybody it's our secret,'" he continued.

But Houle says he did tell some students and that between his Junior and Senior years, Wilcox was transferred to Oregon and Houle was expelled for failing Spanish.

A spokesperson for the Congregation of Holy Cross tells the I-Team that Wilcox was assigned to the University of Portland when a position became available in 1978 and that credible allegations were made against him in 2003 and 2012, 19 years after his death in 1984.

Both Wilcox and Moriarty have been named on the Oakland Diocese's list of confirmed clergymen accused of sexual abuse. Moriarty is also on the Diocese of Santa Rosa's list. He passed away in 2013.

"There's no denying it anymore for them," said Houle.

In an emailed statement, a Moreau school spokesperson writes, "Moreau Catholic High School stands with survivors of abuse and denounces those who have perpetrated these crimes. We pray that the bravery of this survivor in sharing his story inspires other survivors to come forward."

If doing this reaches one other survivor from the people who did this to me or others than it was all worth it," said Houle.

The lawsuit asks for damages for physical and mental pain and suffering as well as for past and future medical expenses.
Report a correction or typo
Related topics:
haywarditeamsex abuse against childrenpriest sex abusechild sex assault
Copyright © 2021 KGO-TV. All Rights Reserved.
RELATED 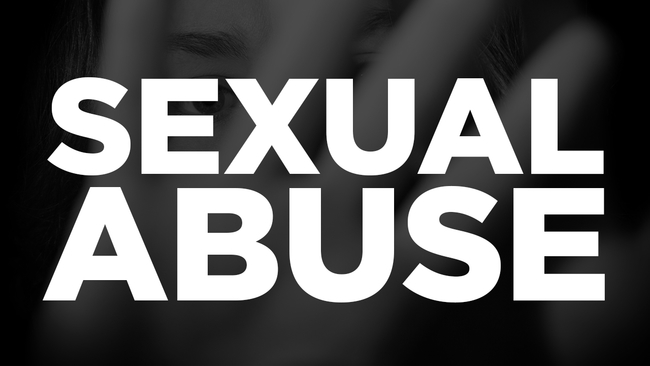