Sonoma County water officials are lowering a dam on the Russian River to prevent flooding and collect water ahead of the upcoming storms.

SONOMA COUNTY, Calif. (KGO) -- In the North Bay, water officials are getting ready for the approaching storms by lowering a dam on the Russian River to prevent flooding. All this is happening amid our drought.

Rodriguez says Sonoma Water is ready for what could be the first big storm of the season.

"This next series of storms this weekend, it looks like we're going to get a nice downpour - as part of that we're looking to lower our rubber dam," said Rodriguez.

Water officials have started to lower this rubber dam on the Russian River ahead of the storm.

Mechanic Thomas Jensen says lowering the dam can take up to 48 hours, but it's all the name of safety.

"With the storms, it's going to come over the top of it, can't handle that much water," said Jensen.

MORE: Here's how far Sonoma County is going to fight the drought

"When we know we've got an influx in rain coming, we want to lower it for safety and reduce flooding downstream," said Rodriguez.

During dry summer months, the dam slows river flows for holding ponds but when it rains, the runoff water is used for storage.

"These are great holding ponds, they help us during the drought season, they're also a flood control system," Rodriguez added.

The region's largest supply of drinking water, Lake Sonoma, is at its lowest level in history about 40% capacity.

During the last storm, Marin County's Alpine Lake Reservoir got about two inches of rain.

Despite new storms bringing snow to the Sierra, climate experts say it's only a drop in the drought bucket.

"We need about an extra year's worth of precipitation to come out of the drought, a successful season will be 60 feet of snow, that's a bit optimistic," said Andrew Schwartz from UC Berkeley's Central Snow Laboratory.

Meantime, water officials are hoping for a Dec. downpour, even a March miracle.

"We hope the storms that come through and into March which can raise that water level," Rodriguez said. 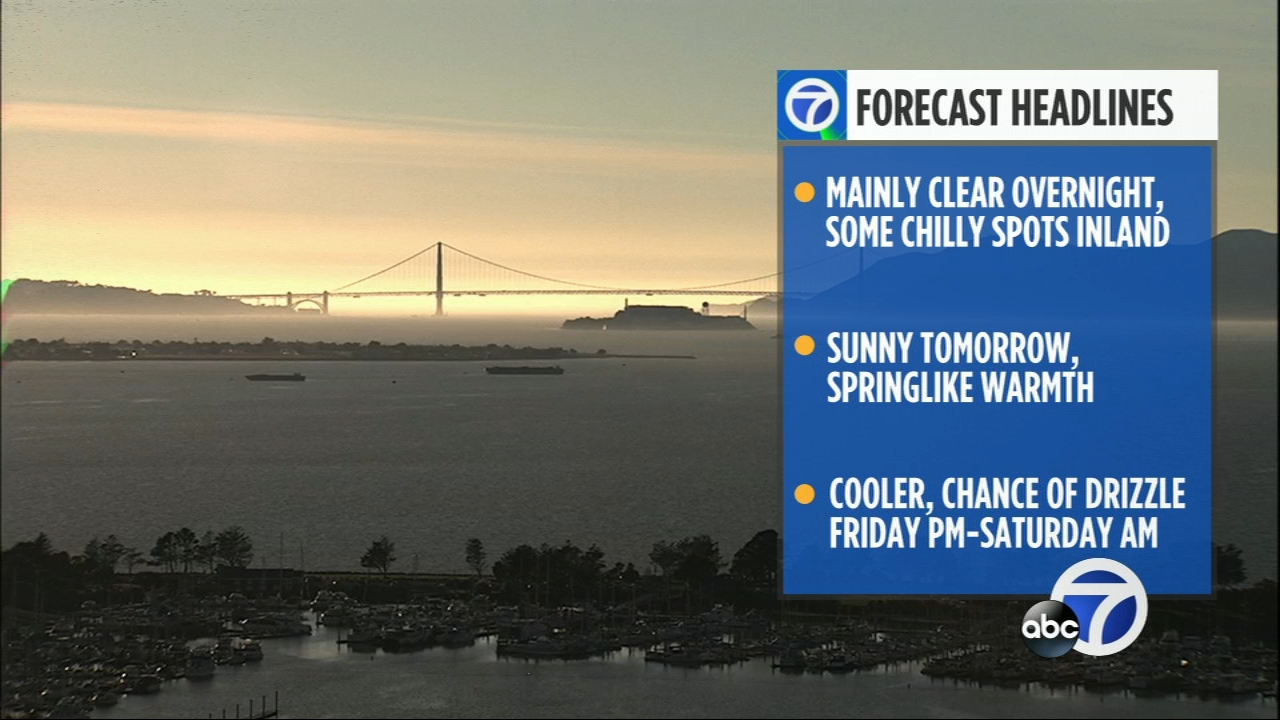 AccuWeather Forecast: Chilly overnight for some parts of Bay Area