SAN FRANCISCO (KGO) -- A motorcyclist who died in a crash on the western span of the Bay Bridge Monday night was identified today as 36-year-old Danville resident Anthony Fava, according to the San Francisco medical examiner's office.

Fava's motorcycle was reported down on the westbound lanes of the bridge at 8:10 p.m., according to the California Highway Patrol.

It appears that the crash did not involve any other vehicles, CHP Officer Vu Williams said.

Fava's bike went down about three-quarters of a mile west of Treasure Island when he hit the south rail of the bridge. The motorcycle flew a few hundred feet from where he landed.

An off-duty paramedic stopped and started CPR, but Fava was pronounced dead on the highway a short time later, Williams said. Several other witnesses stopped at the crash scene.

Multiple lanes of the bridge remained closed for nearly two hours while the CHP investigated the crash. The CHP is continuing to investigate, but have so far been unable to determine why Fava's motorcycle crashed. 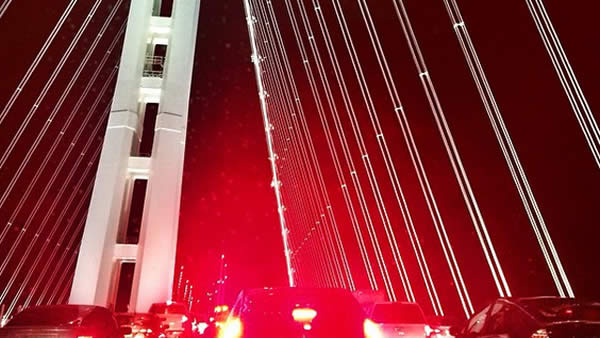