TREASURE ISLAND, Calif. (KGO) -- There are flaws in most of the rods that hold the main cable in place on the eastern span of the Bay Bridge and some worry this could cause a major problem during an earthquake. But despite the flaws, officials say the Bay Bridge is safe.

The main cable coming off of the tower splays off into smaller bundles of cable that are anchored under the platform. But the bundles are attached to rods and threaded through a support wall, and that's where the problem is. 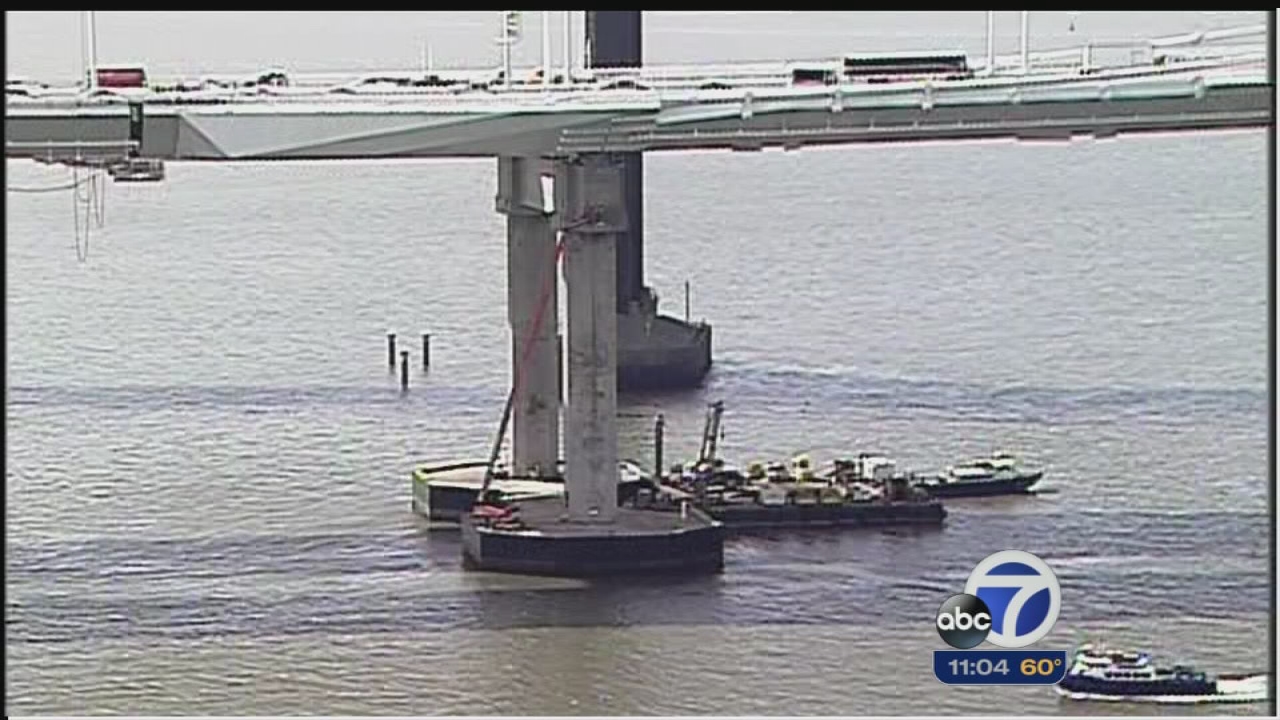 Caltrans says Bay Bridge is safe despite misalignment of rods

Two hundred seventy four anchor rods that hold the Bay Bridge's main cable in place are threaded through a support wall. But 205 of them are misaligned.

A UC Berkeley engineering professor says this is serious and could cause problems in an earthquake.

Caltrans says politicians have not called with outrage over this issue, residents are not upset and they believe their reputation is still intact.

Officials say the rod issue exists underneath the roadway and drivers will not see the work being done.

Caltrans officials have not said when the work will begin or how much it is going to cost. Officials say this tinkering is expected with a new bridge and that they're going to have issues pop up.