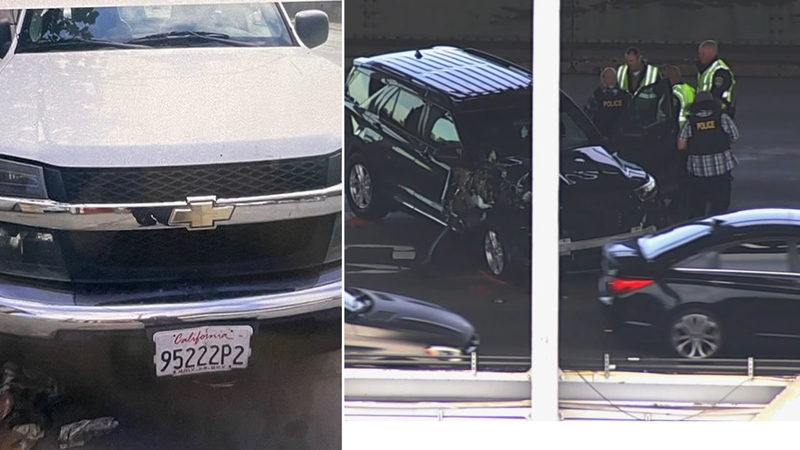 SAN FRANCISCO (KGO) -- The California Highway Patrol is searching for an armed suspect who they say carjacked a vehicle at gunpoint following a crash on the Bay Bridge Wednesday.

The incident happened at around 11:45 a.m., on the eastbound I-80 west of the Treasure Island, where a white Chevy Colorado pickup truck (CA# 95222P2) was taken by the suspect.

There were three cars involved total.

The suspect first tried to carjack the car he crashed into, but was not successful, and then was able to carjack the truck, ABC7's Karina Nova reports.

The suspect is described as a male in mid-30s, and is considered armed and dangerous. CHP is advising those who see the truck to call 911.

At approx 1145 hours, an incident on I-80 e/b (SFOBB), W/ of Treasure Island resulted in an armed carjacking, where a white Chevy Colorado pickup truck (CA# 95222P2) was taken at gunpoint. Please call 911 to report and do not attempt to engage the suspect. pic.twitter.com/y06NLUCOGp

The Chevy continued e/b into the Oakland Area. The suspect is described as a possible Caucasian or Hispanic male, mid-30’s. Please call 911 if you see the Chevy & report your observations. The suspect is considered armed and dangerous!