Caltrans took action this weekend to undo a huge speed bump that caused huge headaches for drivers on the upper deck of the Bay Bridge.

SAN FRANCISCO (KGO) -- Caltrans took action this weekend to undo a huge speed bump that caused huge headaches for drivers on the upper deck of the Bay Bridge.

The project was scheduled to last nearly two months and signs are still posted warning drivers that on-ramps would be closed overnight through December 12. Caltrans is regrouping to see how they can get the work done with less of an impact on commuters.

On Friday morning, people coming into the city from East Bay saw major delays that dragged on into the lunch hour. Crews were working on replacing expansion joints linking the suspension bridge to the concrete and steel on- and off-ramps.

The plates crews laid over the area that would allow vehicles to drive over the work in progress caused a backup on the top deck.

This is not the first time Caltrans crews have used these metal plates, but for some reason a lot of drivers kept slowing down to a complete stop before continuing over.

Over the weekend the plates were removed.

"We went ahead and took a look at it and thought, let's go ahead and suspend the project and see if we can have any other options, a better way of doing this, without having such a drastic impact on traffic," said Caltrans spokesperson Bob Haus.

Haus said the maintenance project on the bridge isn't at an urgent stage, but it does need to be completed.

Caltrans workers will meet Monday to decide what to do next. 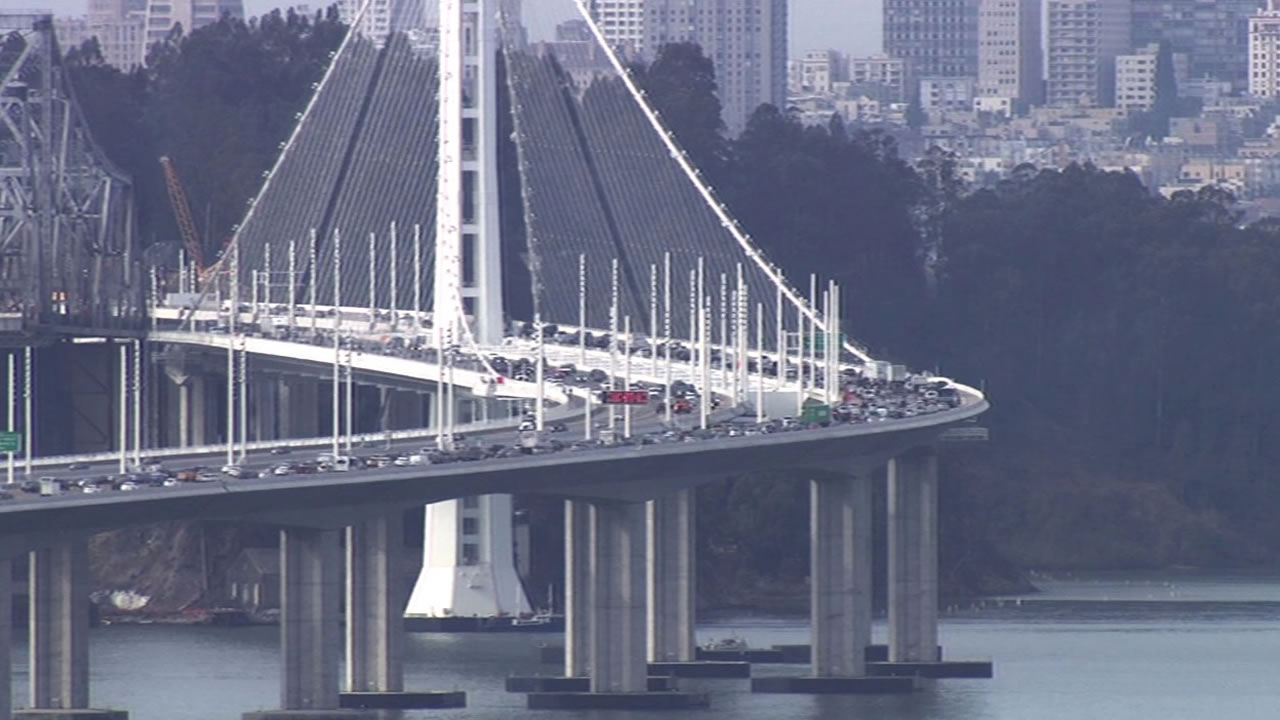