Bear on the loose in Fresno neighborhood 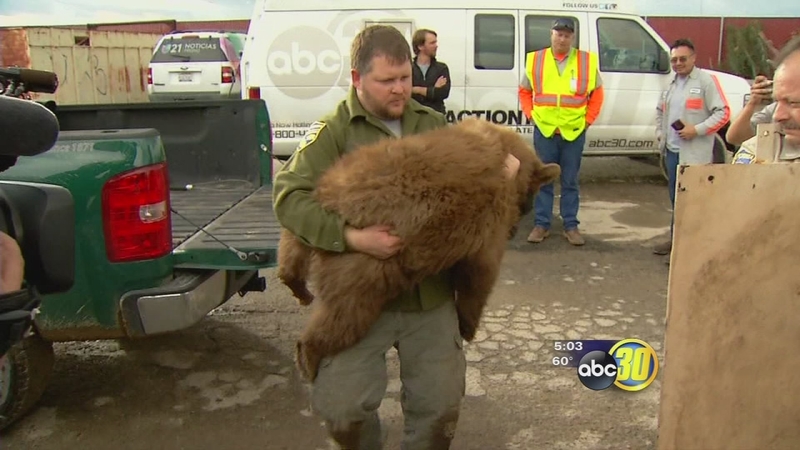 Bear on the loose in Fresno neighborhood

FRESNO, Calif. -- A bear from Hume Lake is on its way home after a long day in Fresno.

The bear, known as Cinnamon, apparently caught a ride into town in a trash compactor. The bear popped out at a dump near North and Orange Avenues, according to city crews.

According to officials, the bear is a little over a year old. It fell asleep on the ride over, and the bear got startled and ran away to the fence line of the neighborhood and that's where it was tranquilized. Cell phone video captured a wild bear running wild in the streets of Fresno Tuesday afternoon.

"Very rarely does something like this happen," said Dan Fidler with the California Department of Fish and Game. "But, as you know, wildlife has a way of defying all the things we think about it."

It's a rare situation, but the bear has been seen before. People at Hume Lake call him Cinnamon, and he was likely searching for food when he got picked up by a garbage crew.

Fidler is also wildlife biologist, he said that "up around Hume Lake there's a lot of food sources so bears do take advantage of that right now."

Cinnamon fell asleep in a dumpster, officials said. Then he woke up at a dump in Fresno and ran away, workers watched him run up a hill, across the ridge and as he hid near a fence and was tracked down moments later."It involved crawling through some bushes and putting a tranquilizer dart in it," Fidler said.