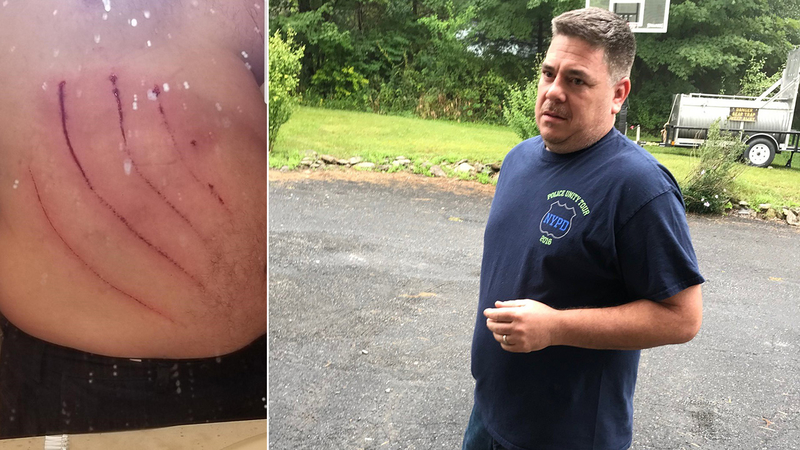 CORNWALL, New York -- An NYPD detective is recovering after being attacked by black bear while off duty.

William Orange encountered the bear around 9:30 Sunday night after working on his wife's car.

The lights were off when Orange entered his garage.

"I heard a growl and saw big teeth and something grabbed my shirt," says Orange who took a swing at the animal. "I hit it with my forearm and just ran."

The father of two was treated at a local hospital after the bear's claws left four long scratches on his chest and stomach. The bear's paw tore through the T-shirt he was wearing.

Orange was given a tetanus shot and is being treated with antibiotics. He is awaiting medical clearance to return to work.

RELATED: Charges pending for man who waded into river full of bears for selfie


The state DEC has set up a trap in Orange's yard in case the bear comes back again. If it is caught, they will relocate the bear.