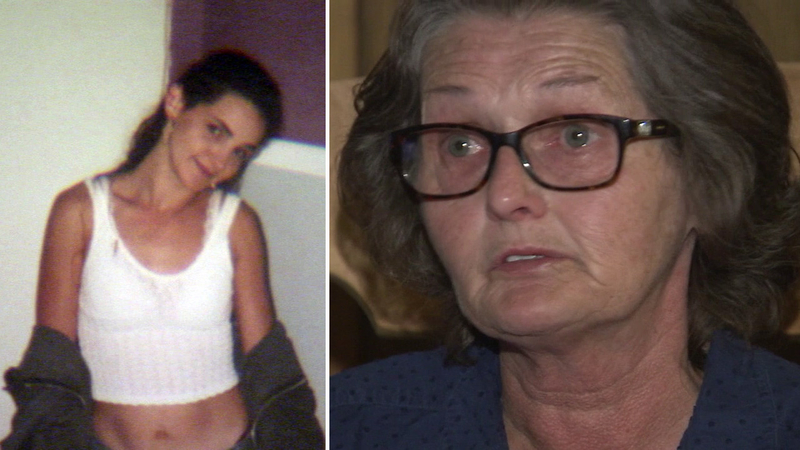 HEMET, CA -- The mother of a young woman gunned down by gang members endured a relentless 10-year search for her daughter's killers, finding the final piece to the puzzle that put the suspect behind bars.

From creating fake social media accounts, to actually contacting potential suspects, Belinda Lane wouldn't stop until she fulfilled the promise she made at her daughter's funeral.

"I told her, baby girl, I promise you if it takes my last breath, I will get them. I promise you, you will have justice," Lane said.

More than a decade later, Lane can say she kept her word.

"It could have taken a lifetime," Lane said. "I never would have stopped."

In the final piece to a decade-long puzzle, William Sotelo is back on U.S. soil after years on the run in Mexico.

He was arrested in Mexico on Friday, and is believed to be the last person involved in the shooting death of Lane's daughter, Crystal Theobald, in February of 2006.

It's a memory that still haunts Lane.

"I was just a mess. I was just so enraged, angry, sad, overwhelmed. I just didn't even want to live. I just wanted to die," Lane recalled.

But Lane turned her anger into action, using social media and her daughter's picture to engage with people she believed to be involved in the shooting.

One of those people was Sotelo.

After messages back-and-forth, Lane said Sotelo started to fall for the girl she named "Angel," but Lane eventually caved under the pressure.

"I blew my cover. I said, 'If you claim you care about me so much, then why did you kill me? You don't even know who you killed," Lane said.

Sotello later escaped to Mexico where Lane continued to contact him.

Her engagement on social media gleaned information that eventually helped lead police to arrests, including the arrest of Sotelo.