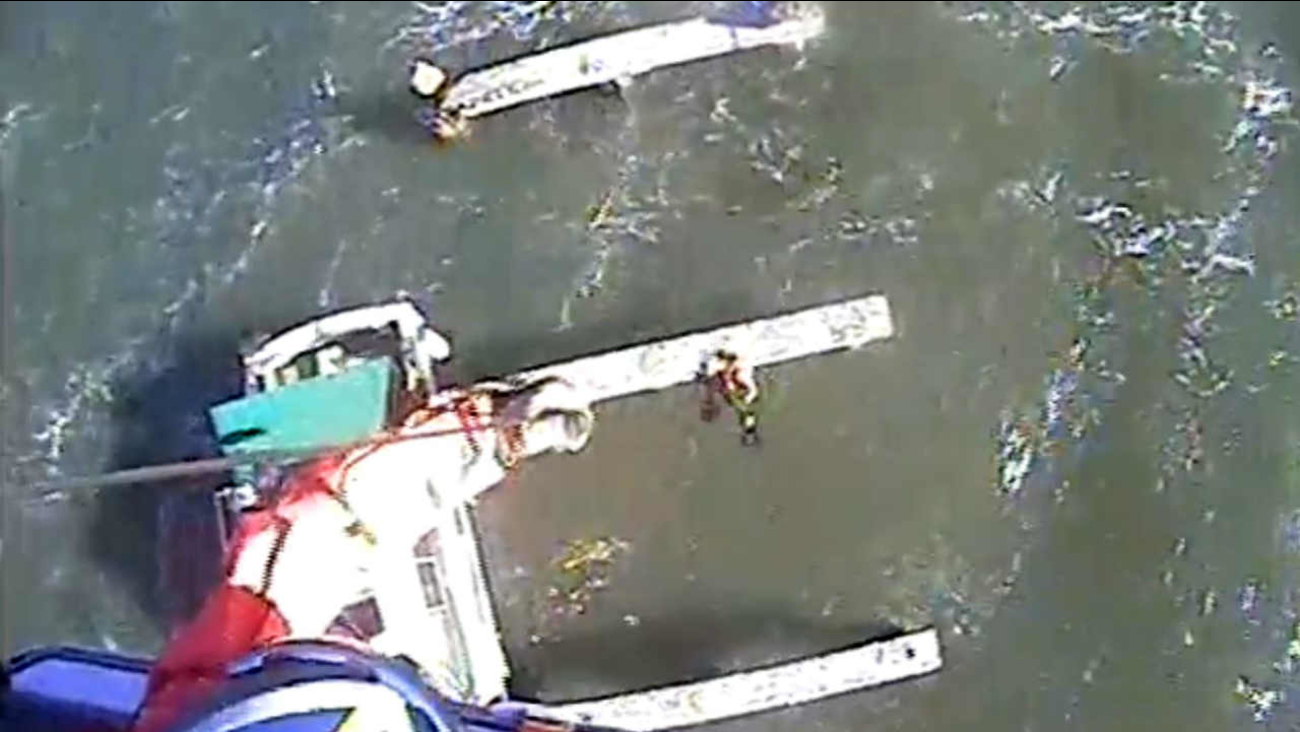 A Coast Guard crew is seen rescuing a boater near Berkeley, Calif. on Saturday, December 16, 2017. (KGO-TV)

At 11 a.m. a good Samaritan got in touch with the Coast Guard to tell them that two boaters were stranded because winds had pushed their boat up against some pilings west of the Berkeley Marina.

A Coast Guard boat crew and helicopter crew responded and the two stranded boaters were hoisted into the helicopter.