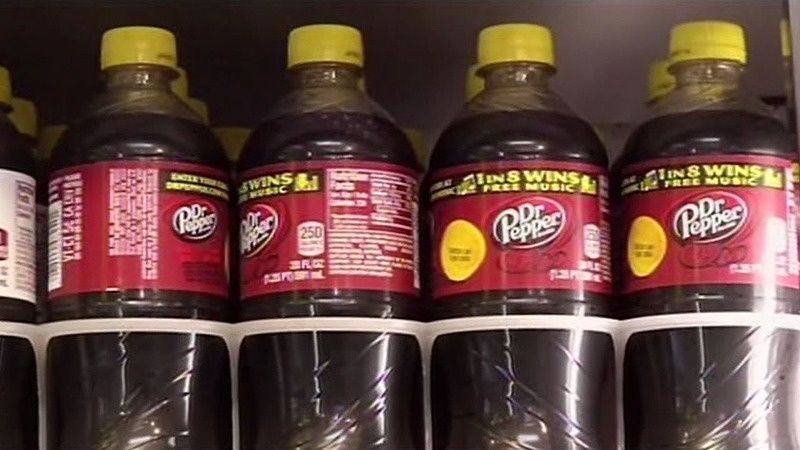 SAN FRANCISCO (KGO) -- Two Bay Area cities may become the first in the nation to impose a tax on sugary drinks. San Francisco and Berkeley residents will vote on two measures, somewhat different from each other. San Francisco has Proposition E and Berkeley has Measure D. The American Beverage Association has spent more than $9 million trying to defeat both of them.

The soda tax measure in Berkeley has a better chance of passing than the one in San Francisco. For starters, Berkeley only requires a simple majority, whereas San Francisco needs 2/3 of the vote. That's because it would be considered a special tax, meaning all the money collected in San Francisco would go exclusively to fund recreational activities and health and nutritional programs.

If you buy a 12 ounce can of soda in Berkeley, the measure would require that you pay a penny extra per ounce, so that's an additional 12 cents. However, San Francisco wants to collect 2 pennies per ounce, so slap an extra 24 cents to that soda.

But here's what many don't realize -- you wouldn't pay that extra money at the cash register. It's the distributor who would be taxed and it would be up to them to pass on the cost onto consumers.

"If the cost is absorbed by the distributors, then it ends up doing nothing to deter people using these products as the proponents would claim and therefore, what's the point of them passing this kind of law?" Roger Salazar from the American Beverage Association said.

"I think it's very unlikely that the distributor will absorb any tax at any level, but we went with two pennies an ounce to make it even less likely that the tax would just be absorbed," Wiener said.

If so, then consumption is likely to go down. Mexico has a similar tax that went into effect in January and within three months it saw a 5-10 percent drop in sugary drinks.

If anything, the issue has created awareness about rising obesity and diabetes. Both measures have caught the attention of young consumers.

"I think it's good. I think that health in general for especially the United States is a good thing," International High School student Lily Coley said.

"We could buy what we want. I think it's unfair that they're increasing the tax," International High School student
Julia Clopton-Foster said.

The results of Tuesday's elections could influence how other cities view the issue.