PALO ALTO, Calif. (KGO) -- Democratic presidential candidate Bernie Sanders spoke to a large crowd in Palo Alto on Wednesday afternoon. Many supporters waited for hours in the heat for a chance to hear him speak.

It was very warm on Wednesday, but the event seemed to go off without any major issues.

They came for a show. And that's what Sanders gave them, despite the heat in the afternoon.

"We did staff up an ambulance, and we committed them to the event, including an engine company as well," said Palo Alto Fire Deputy Chief Geo Blackshire.

Supporters packed the field at the Cubberley Community Center.

"I'm a huge Bernie Sanders fan and I wouldn't miss this for the world," said Redwood City resident Janine Harwood. "In fact, I was supposed to go to work. But here I am, and I'm feeling the Bern."

We spoke to the senator one-on-one prior to him taking the stage.

"My hope is that a lot of working people and young people who are tired of the establishment in politics, tired of establishment economics, want real change in this country, want a president who stands up to the billionaire class, I hope they come out and vote," said Sanders.

There was initially some concern about what kind of traffic impact this rally would have on the neighborhood. But many attendees planned in advance, arriving early to find parking on the street or in the Cubberley lot itself. Many also chose to be dropped off at the entrance.

"We were really surprised," said Los Altos resident Sarah Strober. "It was easy to turn onto the road, it was easy to walk in, it was good."

Parents at a nearby school were also notified of an alternate pick-up site for their kids.

"We've actually shut down a couple of residential neighborhoods and blocked them off with officer-staffed barricades, just to allow the parents to access that area," said Lt. Zach Perron.

It was a fun event for those who came to cheer on their choice for president.

"I've never been to a rally before, so I expected it to be very rowdy," said Sunnyvale resident Margot Czerposki. "But everyone just seems happy to be here."

After the event in Palo Alto, Sanders headed to Davis for an evening rally.

For full coverage on the 2016 presidential election, click here. 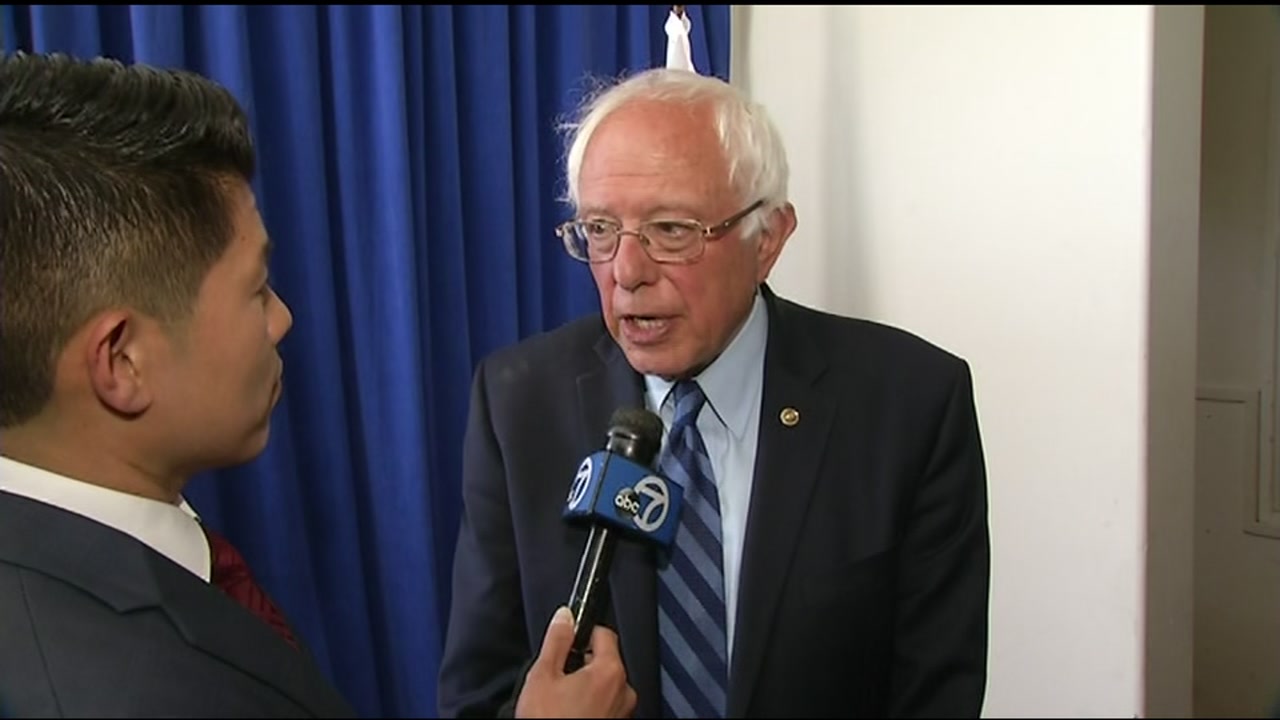 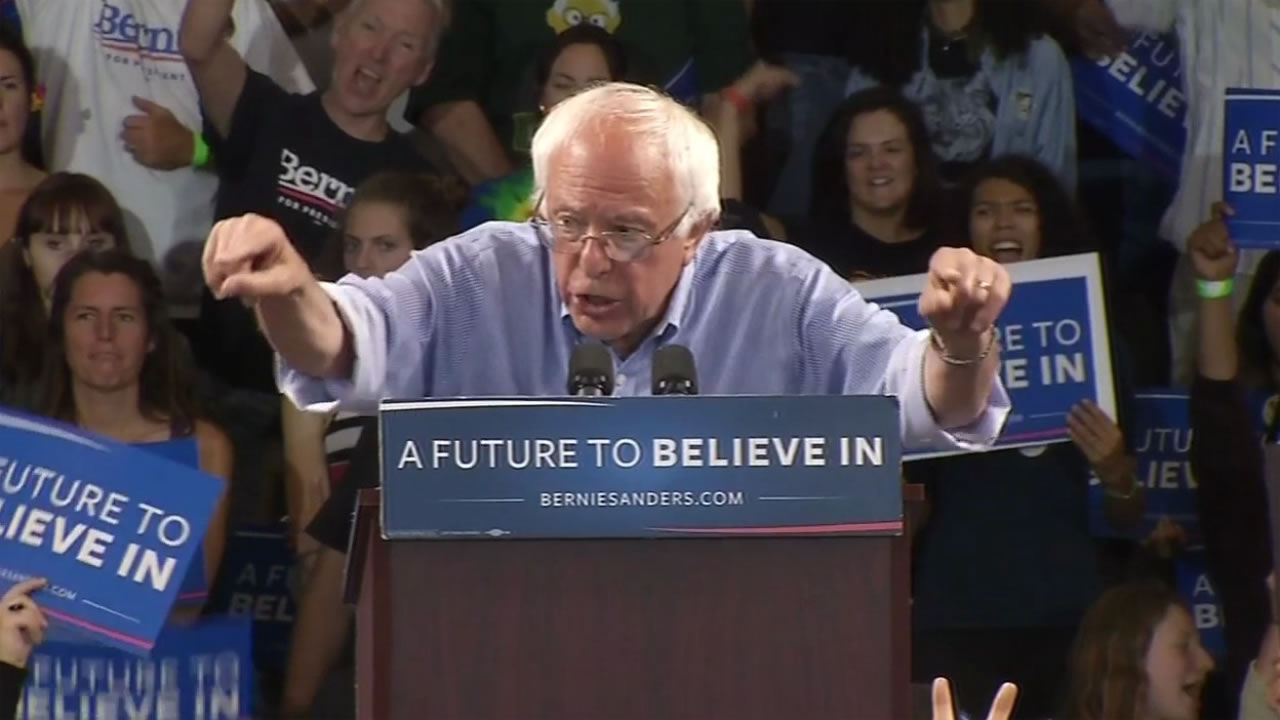 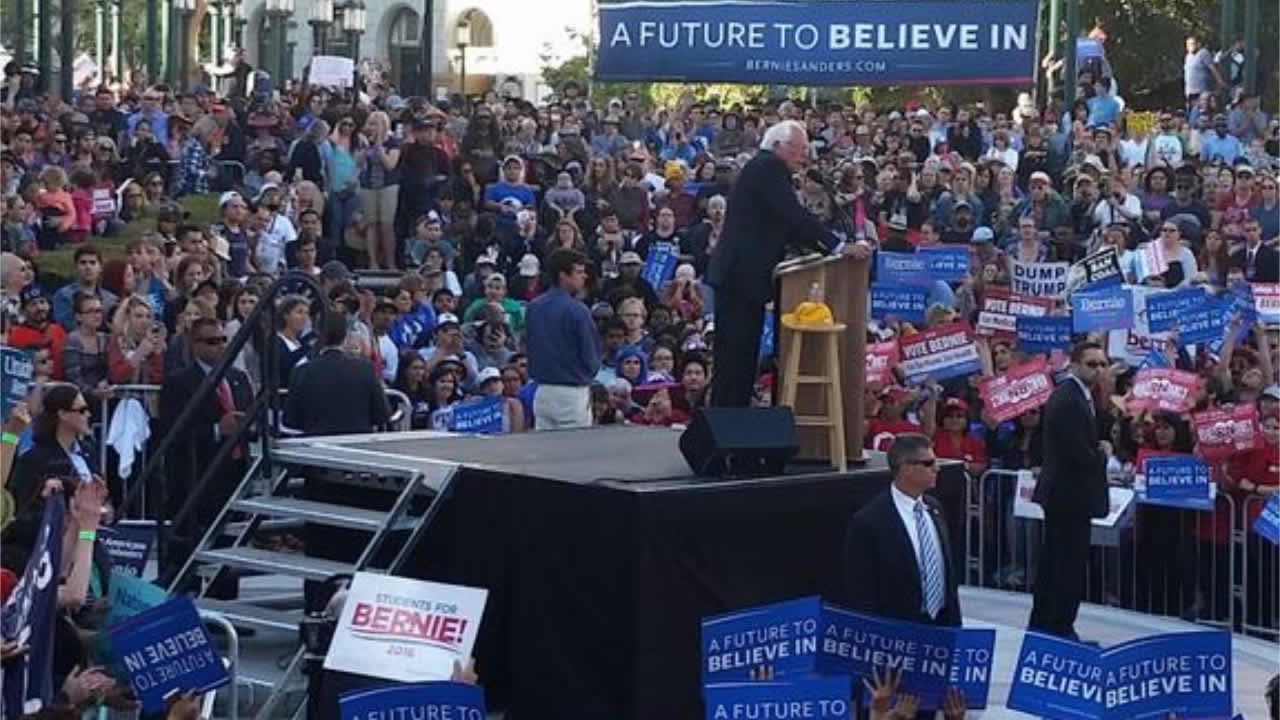 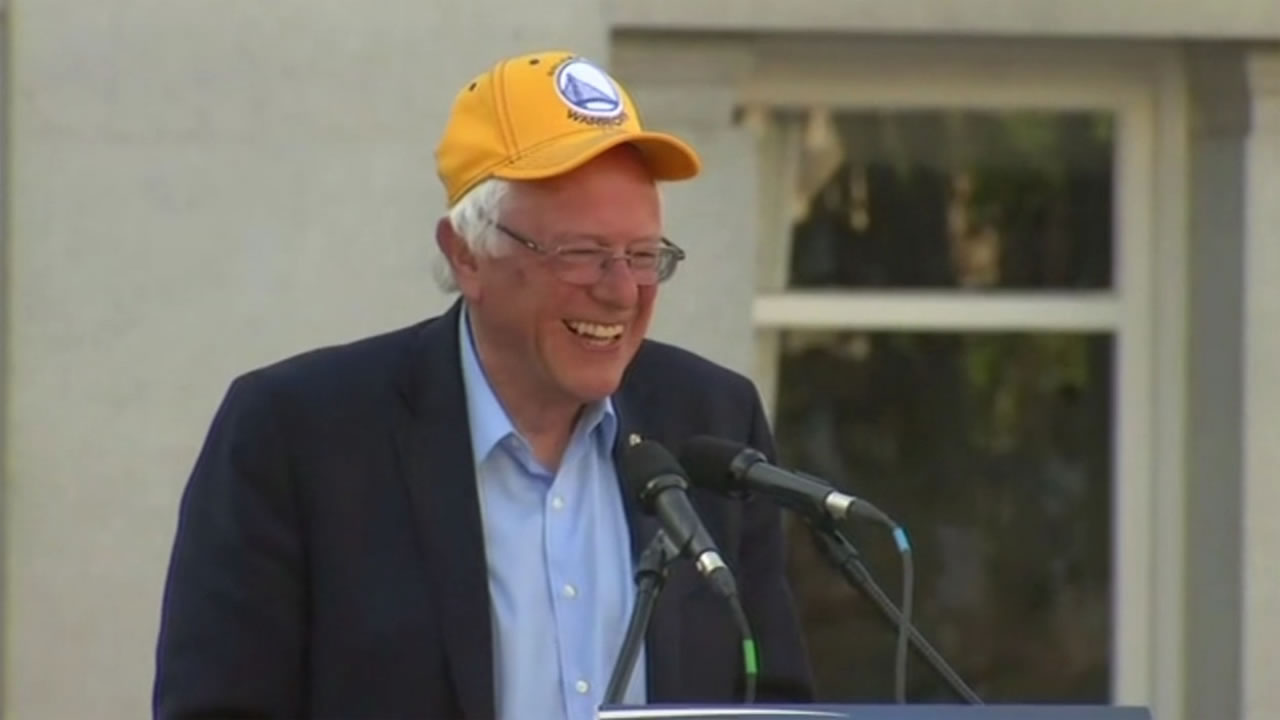 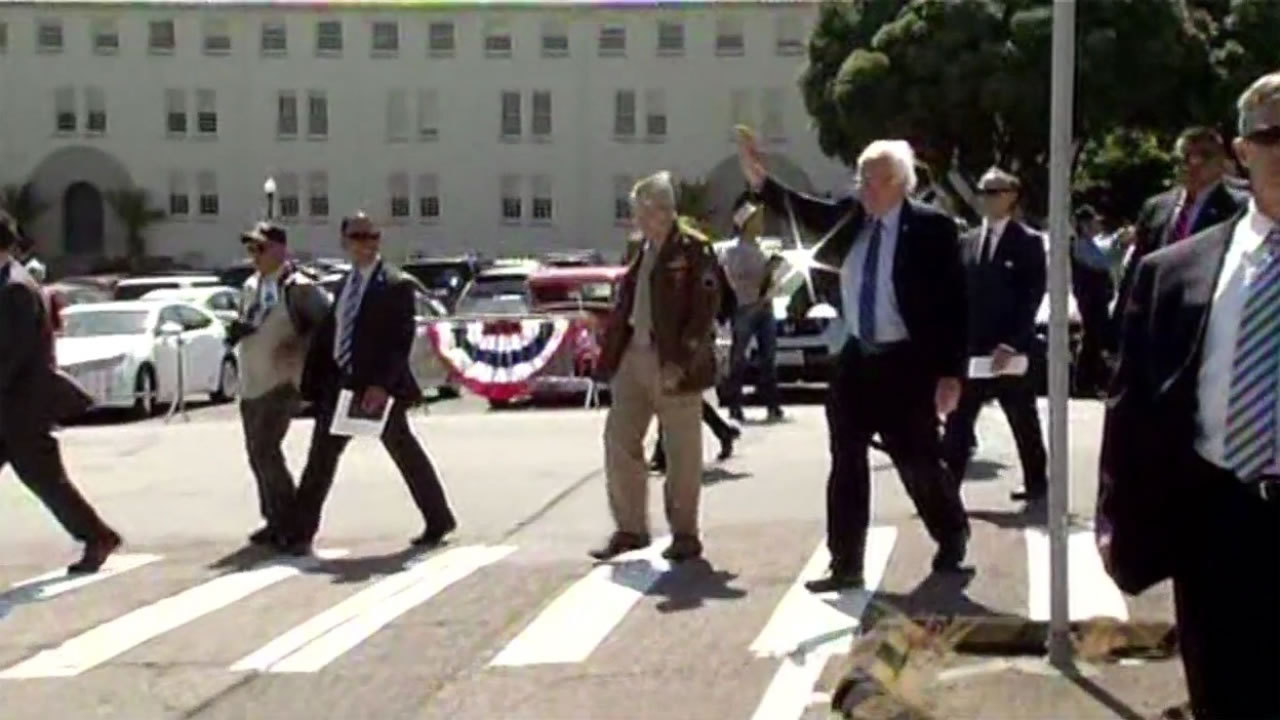