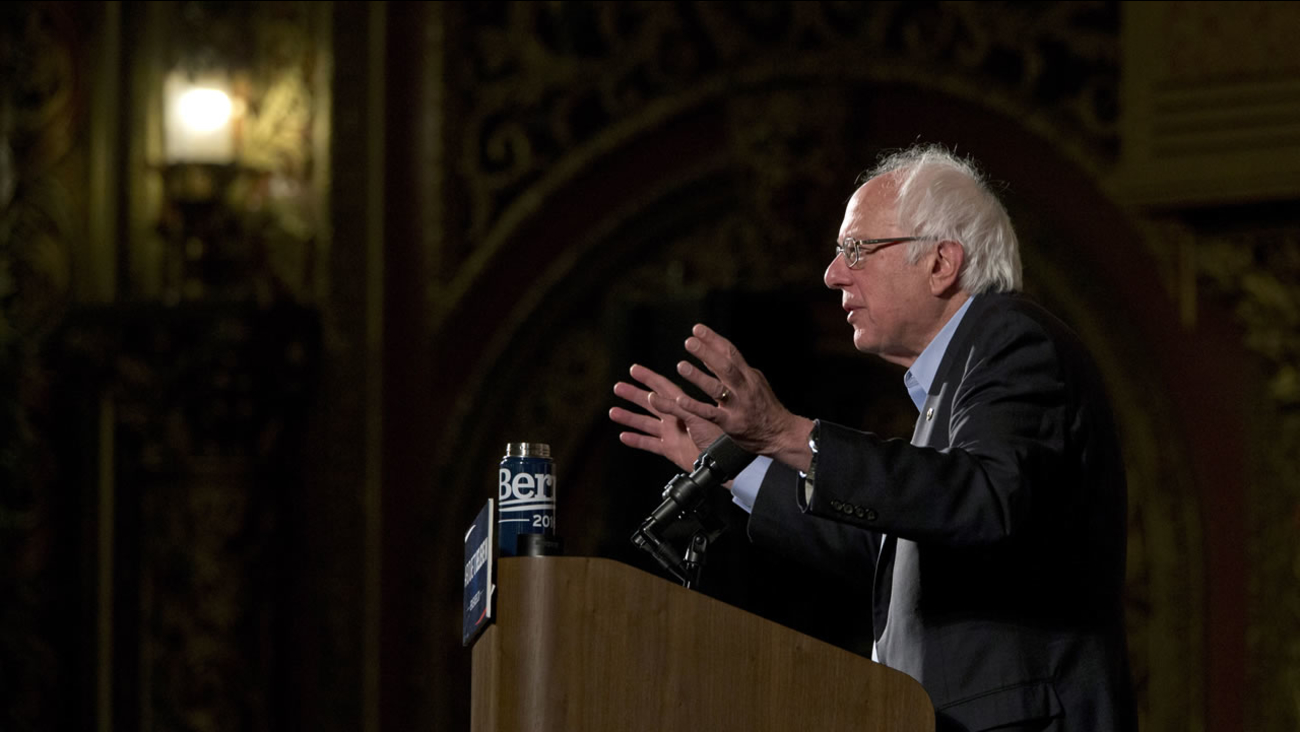 WASHINGTON -- Vermont Sen. Bernie Sanders' wife interrupted his remarks at a campaign rally in New York with news of his latest victory: Wyoming.

Sanders quickly relayed the word to the crowd of several hundred people, and after a standing ovation, he joked that there are probably more people at his event than live in Wyoming.

He picked up at least seven of the state's 14 delegates to Hillary Clinton's six. One delegate remains to be assigned, pending a final vote tally.

The victory on Saturday means Sanders has now won 16 states, compared to Clinton's 18. But it will do little to change the overall delegate count, which Clinton leads by a large margin.

To date, Clinton has 1,286 delegates based on primaries and caucuses to Sanders' 1,037.