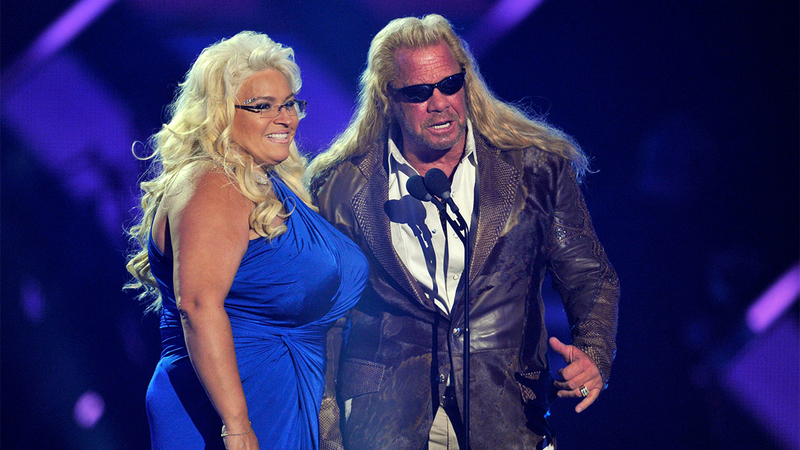 HONOLULU -- Reality television personality Beth Chapman has been placed in a medically induced coma, according to her husband.

Duane Chapman, best known for his A&E reality show "Dog the Bounty Hunter," posted an article from Honolulu television station KGMB about his wife's medical condition to his Facebook page late Saturday. Citing a statement from the Chapman family, KGMB reported that Beth Chapman had been admitted to The Queen's Medical Center's intensive care unit and is in the coma.

The specific conditions surrounding Saturday's developments are not immediately clear; Beth Chapman was diagnosed with throat cancer in 2017. She underwent surgery to remove the cancer, but it returned in 2018, and she was hospitalized once more. In November, her husband told the paparazzi that "she's not doing good."

She was hospitalized once more in early April 2019 due to fluid accumulation in her lungs. After an emergency medical procedure, Beth Chapman was at home resting with her husband, according to a statement later posted to his Facebook page.

"I don't go to God and go, 'Why did I get cancer?' " she later said during a Florida church service on Mother's Day, according to an account from People magazine. "He'll roll his eyes at me again, because I know why - because this is the ultimate test of faith. It is the evidence of things hoped for and it is the substance of things not known."

Duane Chapman said his wife is "fighting for her life" in a June promo for his upcoming WGN America show "Dog's Most Wanted" as footage played showing Beth Chapman in a hospital bed.

Beth Chapman last posted to Twitter Saturday afternoon about her husband mowing the lawn, just hours before news of her condition broke.

The couple starred for eight seasons on "Dog the Bounty Hunter," which focused on their bail bond and bounty-hunting businesses. After the series was canceled in 2012, the couple Chapmans starred in "Dog and Beth: On the Hunt" on Country Music Television.