Billboards warn Highway 101 could be underwater in next severe storm 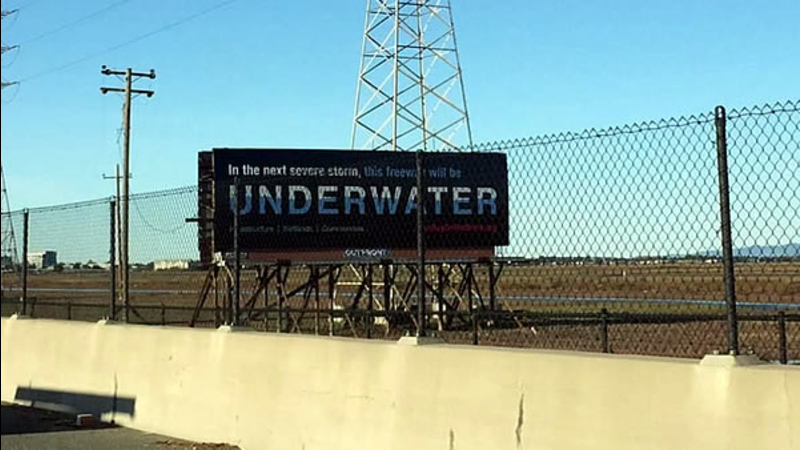 Billboards warn Highway 101 could be underwater in severe storm

The billboards read: "In the next severe storm this freeway will be underwater."

If that is true, a lot of Silicon Valley companies are in the flood plain.

Nearly 200 square miles of land could be at risk of flooding. A map shows the area that could be impacted by flooding is concentrated along the shoreline of major technology companies like NASA and Intel. "These communities and companies are going to need to address these flood risks," Hutzel said.

Mike Mielke with the Silicon Valley Leadership Group said some estimates put the potential damage in the billions and that's just for infrastructure. He said our drought-stricken state is overdue for an intense storm and local tech giants are well-aware. "If you look at a company like Google, major parts of their headquarters are up on a pad out of harms way, but that doesn't necessarily mean that they're safe from this because their employees may be in the flood prone area," he said.

On a small scale, two things that may help is to make sure your storm drains are clear and you have emergency supplies at home.

However, experts warn we should look at the long term because El Nino could give us a taste of what the future holds in terms of rising sea levels.

Right now, the Silicon Valley Leadership Group is pushing for a $12 a year tax and it would go to projects to reduce the risk of flooding, like wetland and levy restoration.

That is expected to go up for a vote in June.