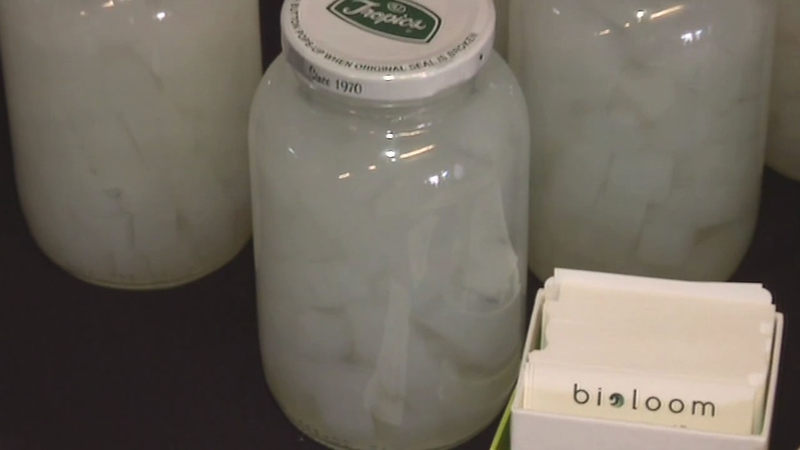 SAN FRANCISCO (KGO) -- Here's something wild to think about -- body parts, edible egg whites and rhinoceros horns can all grown in a lab. It's not science fiction, but biotechnology at work.

Some entrepreneurs are part of a new program to make biotechnology innovation move faster than ever before.

Under a microscope, you can't tell the difference. That's a good thing, since rhino horns are worth a lot to poachers.

"It's valued in Asia as a traditional medicine but also as a status symbol," Markus said.

Markus plans to grow rhino horns in a lab to save the species. "There's not that many rhinos left, maybe 20,000 left in the wild," he said.

His startup, Pembient, is in the first class of a program called IndieBio.

"We're having a huge experiment of can you build a biotech company with $50,000?" venture capitalist Arvind Gupta said.

Instead of weaving bandages, BioLoom is growing them from microorganisms. "It closes the wound 16 days faster. That's 16 days when you're not wondering if you're going to lose a limb," Kaehms said.

IndieBio is bringing what's become a tried and true way to build a technology company into a field where the path to success hasn't been quite as clear cut.

"It takes a very rare scientist to be able to figure something out and go pursue it and then go raise several million dollars in the traditional biotech path," Gupta said.

But IndieBio is modeled after accelerators like Hax, that take startups from idea to manufacture in only 3 months.

And disrupting the old way of doing things, like blood tests.

"One single drop of blood from your finger, you put it onto our chip right there and then you put it into our device, which is completely portable," Orphidia CEO and founder Aron Rachamim said.

Testing everything from cholesterol to kidney and liver function, right in the doctor's office.