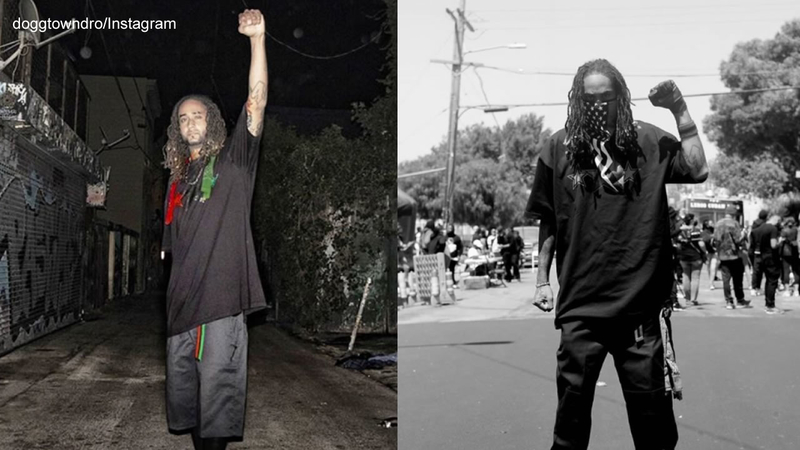 SAN FRANCISCO (KGO) -- The ABC7 I-Team has confirmed that a Black Lives Matter activist is being held in the attack on a Black conservative who planned a free speech rally in San Francisco Saturday.

Philip Anderson of Mesquite, Texas lost both front teeth in the attack; a GoFundMe account to fix his teeth is now past $32,000, and offers are coming in from dentists to fix his teeth for free. The 25-year-old Anderson has pledged to spend the extra money on planning more rallies.

In an interview with the I-Team's Dan Noyes, Anderson tried to distance his rally from the controversial Proud Boys, who have been labeled as a hate group by the Southern Poverty Law Center. But in recent social media posts, Anderson identified himself as a Proud Boys member. He says he planned the event to protest social media companies who have banned or suspended conservative voices.

The suspect, 35-year-old Adroa Anderson, lists Watsonville as his home, as confirmed by the The San Francisco Police Department and DMV records obtained by the I-Team.

A leader of the far-right extremist group "The Proud Boys" says they will return to San Francisco after the event dubbed as a 'free speech' rally on Saturday faced overwhelming opposition and the organizer of that event had his front teeth knocked out.

However, on his social media, he appears often in and speaks fondly of the West Oakland neighborhood or "Dogtown."

Adroa is a rapper and graphic artist who uses the nickname "Doggtowndro." He has posted rap and spoken-word videos about police excessive force and racism. He is also seen speaking at and marching in recent BLM rallies.

In one video, he takes a Blue Lives Matter flag from a car and burns it. In another, he picks up dog feces and throws it in the back of a pickup truck with two Trump bumper stickers.

An event billed as a free speech rally and a protest against Twitter turned violent Saturday and organizers were forced to cancel the rally minutes after it started. ABC7 News' Dan Noyes was on the ground at the rally and captured footage of the event.