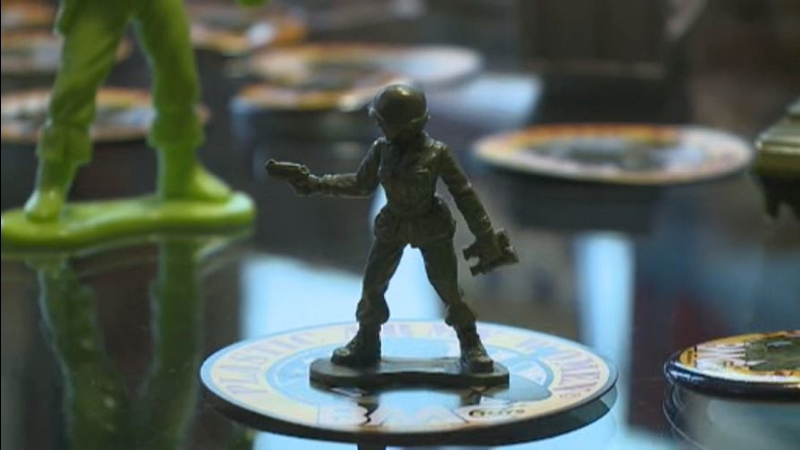 SCRANTON, Pa. (KGO) -- When's the last time one of those little green army men were at the top of Christmas a gift list?

Apparently they're making a big comeback all thanks to a new addition to the lineup, female soldiers.

A Pennsylvania company took a chance this year, introducing its first female soldier figurine. Now, the company's owner says the demand for them is going through the roof.

They're all made at BMC Toys in Scranton. It's one of the nation's largest makers of little green army men, now adding women to the list.

"Just this morning, I got an email from a woman who is 67 years old. She said she wanted a set of women soldiers when she was little, and this is just a six-decade-late Christmas wish fulfillment for her. And I got a lot of messages like that," said Owner Jeff Imel during an interview with ABC-affiliated WNEP-TV.

The company says the response was overwhelming, after it added one little green woman to the lineup.

So, the owner says it was a no-brainer to expand the line, which will soon include twelve figurines of women in combat.