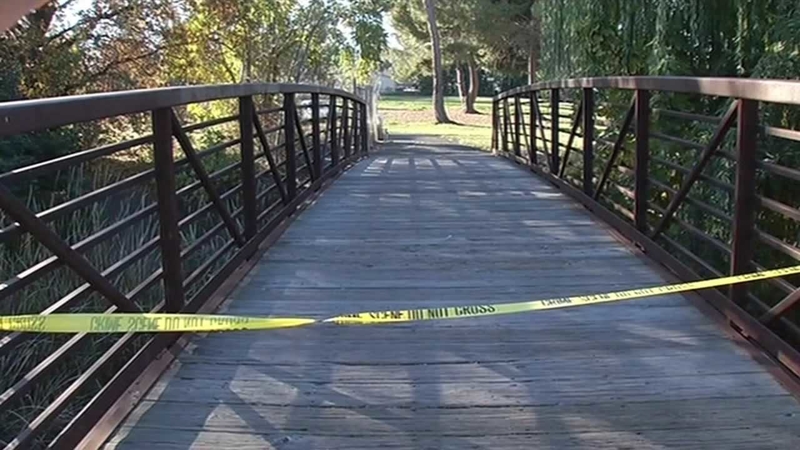 CONCORD, Calif. (KGO) -- Concord police are investigating the death of a young man whose body was discovered near a playground in a popular park very early Tuesday morning.

They're investigating whether this is connected to three other deaths over the past three months in Concord.

Joseph Chase walks his dog, Marley, at Concord's Hillcrest Park every day. "I come here all the time and I also try to keep a watch when I see things going on," he said.

#Concord police: Male shot to death at Hillcrest Park looked to be in late teens or early 20s. pic.twitter.com/1hPWtqiV1J

On Tuesday, his regular path was off limits because a body was discovered there early in the morning.

Police say the victim was shot to death. "I saw that there was a homicide in the park, which is disturbing," Chase said.

Someone walking through the park spotted the body around midnight. Police scoured the area, searching for things like shell casings, clothing, ID cards or a weapon.

The southeast corner of the park was closed for nearly nine hours, including the playground.

Police say the victim looked young, in his late teens or early 20s.

This is the city's fourth homicide since September. The others happened in the Monument Corridor neighborhood.

Detectives are investigating if there's a connection or ties to a gang rivalry. "They're looking to the possibility to see if any of these are linked. Also, looking at other outside agencies to see if our homicides are linked to those homicides as well," Blakely said.

Police have not made an arrest and the name of the victim is not being released until all family members are notified of his death.

Anyone with information about the incident is asked to contact Detective Adam Hart at (925) 671-3040. Callers who wish to remain anonymous can call the Concord Police Department's Tip Line at (925) 603-5836.