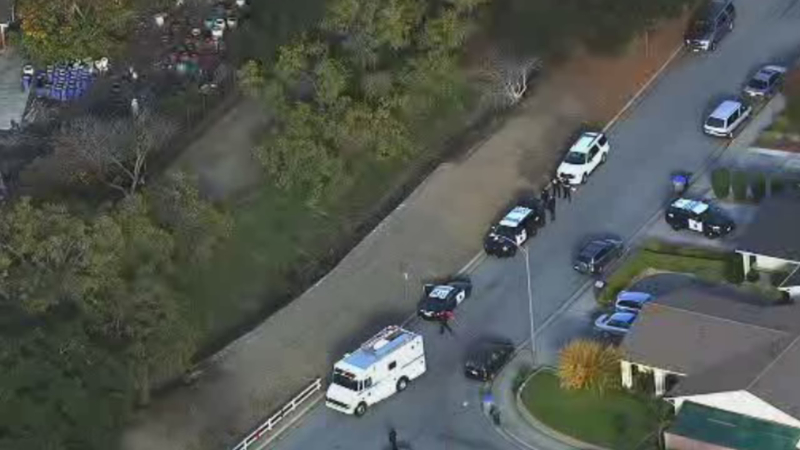 Body found near SJ Creek investigated as a suspicious death

SAN JOSE, Calif. (KGO) -- A body found near a creek in San Jose Friday morning is being investigated as a suspicious death, a police spokesman said.

Officers responded to a report of a body found by a creek in the 1800 block of Pine Hallow Circle shortly after 11 a.m., police Officer Albert Morales said.

Fire crews were also called to the scene and pronounced the person dead soon after they arrived, Morales said.

"I was down here. I was walking by with the dog and just seen the body there," said one witness. He described the dead body as that of a male.

Police are looking into the circumstances surrounding the death and homicide detectives have responded to the scene.

"We canvass the immediate area any time we're doing a crime investigation, looking for cameras and other witnesses," explained Lt. Mike King with the San Jose Police Department.