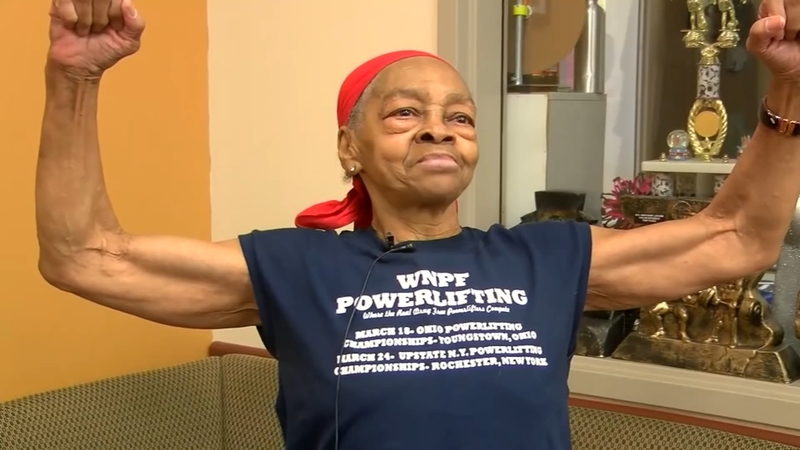 ROCHESTER, New York -- An 82-year-old bodybuilder in New York put her muscles to good use when she had to fight someone breaking into her home.

Willie Murphy said a man knocked on her door last Thursday, pleading with her to call an ambulance because he was sick.

Murphy told WHAM she called police but didn't let the man inside.

Then suddenly, she heard a noise.

"And I am saying to myself, 'What the heck was that?' The young man is in my home....broke the door," Murphy explained.

An award-winning weightlifter who just won a competition earlier this year, Murphy said she tried not to panic.

"I'm alone and I'm old, but guess what? I'm tough," she said. That's when she said she grabbed a nearby table.

"I took that table, and I went to work on him. And guess what? The table broke," Murphy said.

The man fell to the floor, and Murphy says she jumped on him.

When officers arrived minutes later, it wasn't Murphy who needed the medical attention.

"He's laying down already, because I really had did a number on that man," Murphy said.

Police say the suspect was intoxicated at the time and taken to the hospital.

Murphy is not pressing charges.

Murphy's friends say they're not surprised she was able to handle the intruder on her own.