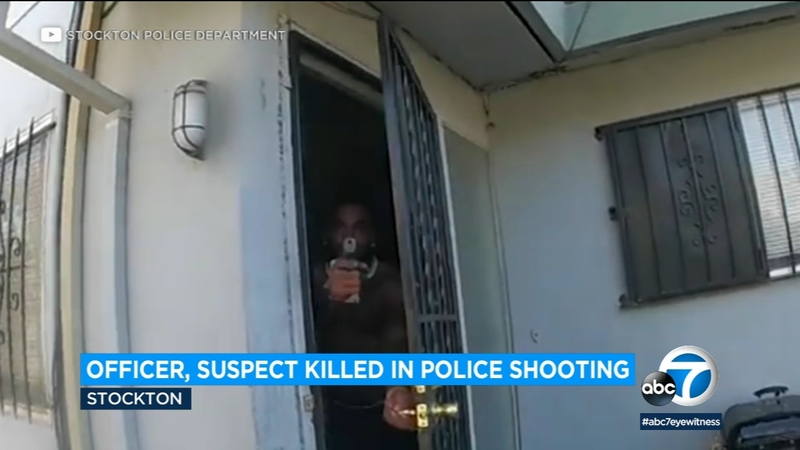 STOCKTON, Calif. -- WARNING: The video is very disturbing to watch.

Heart-stopping video was released Tuesday of a deadly police shooting in Stockton on May 11.

There were 911 calls of a possible assault at a home around 9:45 a.m. Officer Jimmy Inn, 30, arrived at the home and was shot almost immediately, as the body camera footage shows.

Inn's partner heard the gunshots and saw the man with a gun standing over the injured officer. The suspect is seen shooting at the second officer, who returns fire from his patrol car.

Then, the suspect brings out his 8-year-old son and starts strangling him, and the officer is heard yelling "Let the kid go."

Someone in the neighborhood was able to tackle the man and freed the little boy. The second officer then fired several rounds, striking the suspect.