The prime minister's party voted on his political future.

Prime Minister Boris Johnson won a "no-confidence" vote Monday, with Conservative lawmakers voting in favor of his leadership by a margin of 211-148.

LONDON -- U.K. Prime Minister Boris Johnson won a "no-confidence" vote on Monday evening, with Conservative lawmakers voting in favor of his leadership by a margin of 211-148.

The vote could have forced his resignation after the prime minister became embroiled in a series of scandals.

Held by Johnson's Conservative Party, the vote was the latest challenge aimed at ending the political career of the United Kingdom's controversial leader.

"Conservative MPs made their choice tonight," Keir Starmer, leader of the opposing Labour Party, said in a speech following the results. "They have ignored the British public and hitched themselves and their party firmly to Boris Johnson, and everything that he represents."

Graham Brady, a Conservative MP, announced the vote on Monday morning, saying it had been triggered on Sunday when a 15% threshold of Conservative lawmakers in the House of Commons had decided they no longer trusted Johnson to lead.

"The PM welcomes the opportunity to make his case to MPs and will remind them that when they're united and focused on the issues that matter to voters there is no more formidable political force," No. 10 Downing St., Johnson's office, said in a statement.

Brady told BBC News that he had informed Johnson on Sunday. Members who filed no-confidence letters with Brady had dated them to coincide with the end of the Queen's Platinum Jubilee on Sunday, so as not to interrupt the celebration, he said.

The prime minister required a simple majority to survive. The Conservative Party holds 359 seats in the U.K. Parliament, meaning he required 180 MPs to back him in order to stay in office.

Despite living to fight another day, the scale of victory could still prove to be a problem. With a close vote, observers say, he could still be pressured to resign at a later date. Under the current rules, however, he will be immune from a similar challenge to his leadership for a year.

Theresa May, Johnson's predecessor, won a confidence vote 200-117 in December 2018, but would still resign five months later. Johnson received an even lower percentage of support.

The no-confidence vote comes after months of pressure building on Johnson's leadership, and this is the first vote of its kind since Johnson became prime minister in July 2019.

A much publicized investigation by a top civil servant, Sue Gray, into over a dozen gatherings held at key government residences attending by Downing Street staff concluded in May.

The prime minister himself was personally issued a fine by the Metropolitan Police in April for attending an illegal gathering during COVID-19 lockdowns in 2020, becoming the first sitting prime minister in British history to receive a sanction for breaking the law.

Johnson apologized, but has since faced a chorus of calls to resign from opposition lawmakers and, now, members of his own party.

The report included a photo of the prime minister making a toast at a gathering held in No. 10 to mark the departure of one of his special advisers, at a time when the nation was under a strict lockdown. There were also a number of damning details in the report, including "multiple examples of a lack of respect and poor treatment of security and cleaning staff" and instances of "excessive alcohol consumption."

"Many will be dismayed that behaviour of this kind took place on this scale at the heart of Government," Gray wrote in the conclusion of the report. "The public have a right to expect the very highest standards of behaviour in such places and clearly what happened fell well short of this."

While the government has received praise at home and abroad for their support for Ukraine, the scandal over "Partygate" and growing concern about the cost of living has overshadowed Johnson's recent premiership.

On Friday, Johnson was booed by spectators at St. Paul's Cathedral as he arrived for the National Service of Thanksgiving.

He has received public backing from several key lawmakers ahead of the no-confidence vote, which is a secret ballot, and Johnson will reportedly address his own MPs in order to make the case for his leadership ahead of the final vote on Monday evening. 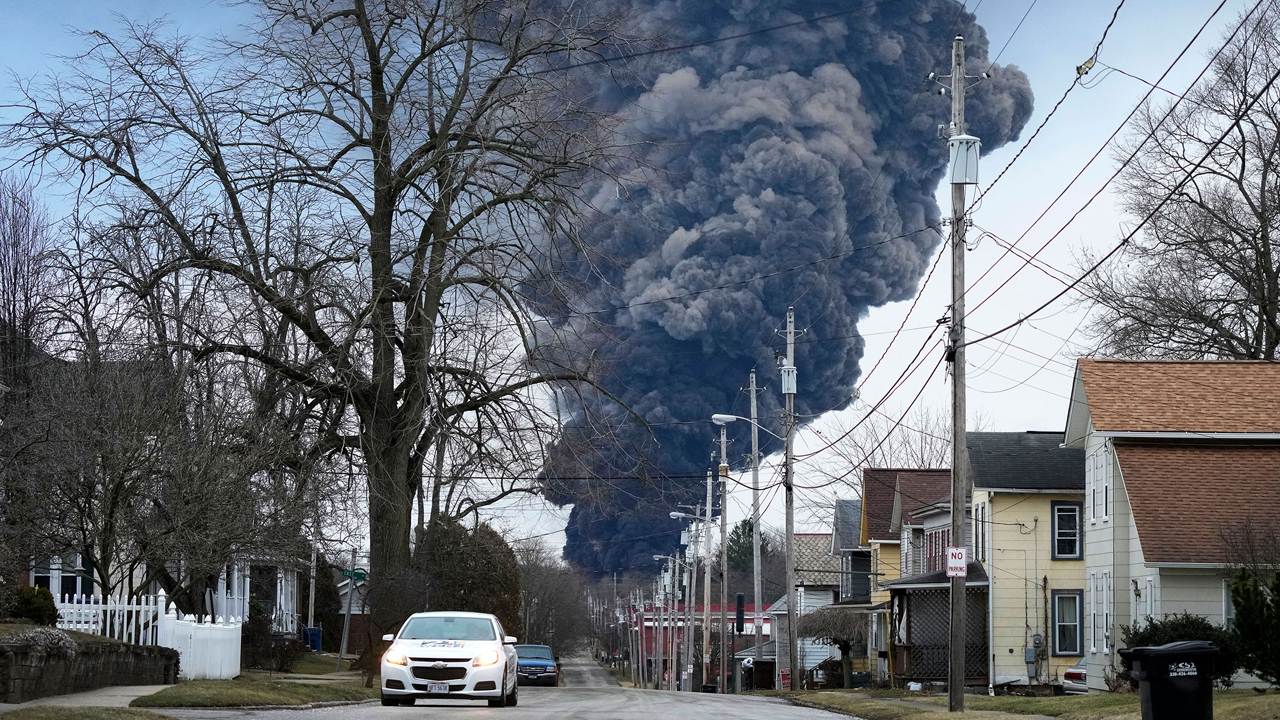 Intruder breaches base of Air Force One, shot fired