Woman seeks man she kissed at Boston marathon, hears back from his wife 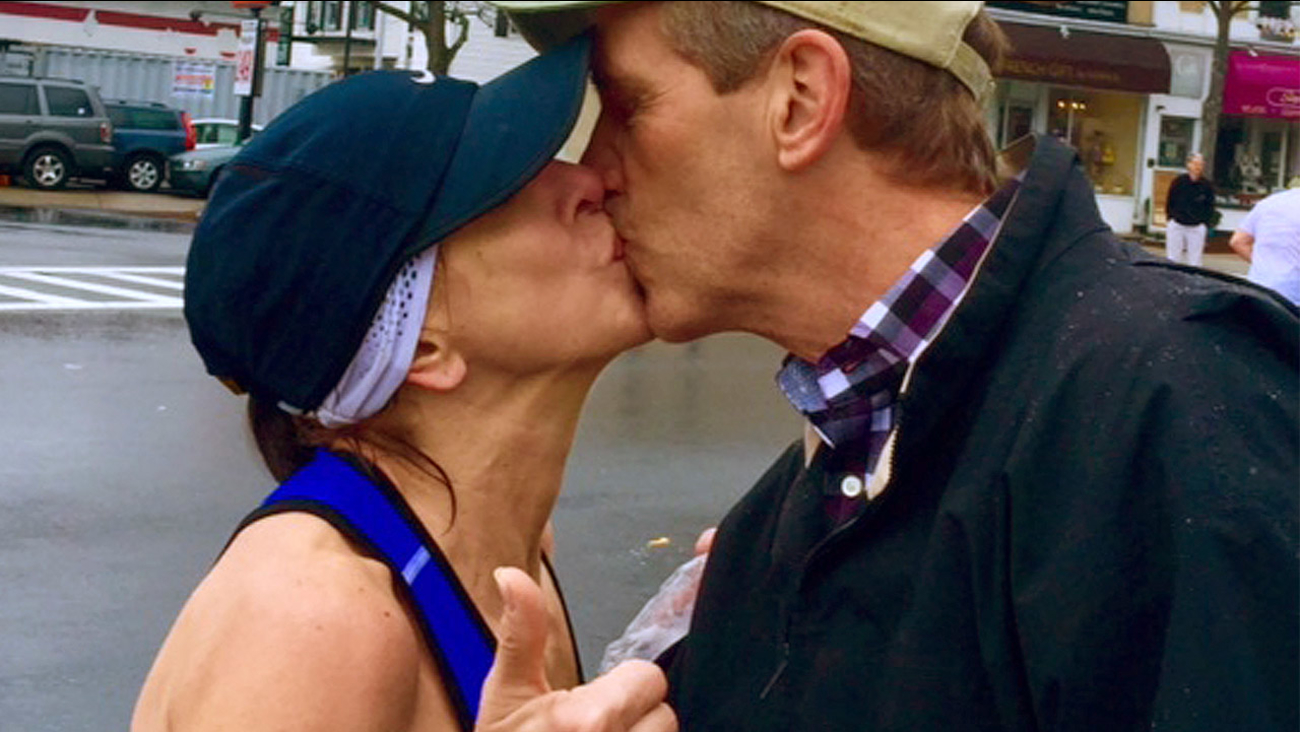 After a photo of Barbara Tatge kissing a mystery stranger during the Boston Marathon went viral, that man's wife then made a statement. (AP)

Boston Marathon runner Barbara Tatge became headline news after sharing a kiss with a mystery male spectator. But now the wife of the male spectator is speaking out.

Tatge was running in her first ever Boston Marathon when she was dared by her daughter Paige to kiss a random man as she passed through the town of Wellesley, Mass.

"I accepted my daughter's good-hearted dare of reversing the Wellesley tradition," Tatge said, referring to a town tradition where women give kisses instead to male runners. "And a good natured man accepted my request for a photo."

Tatge then kissed a male spectator on the sidelines wearing a hat, jacket and plaid shirt. The kiss was photographed and quickly went viral. 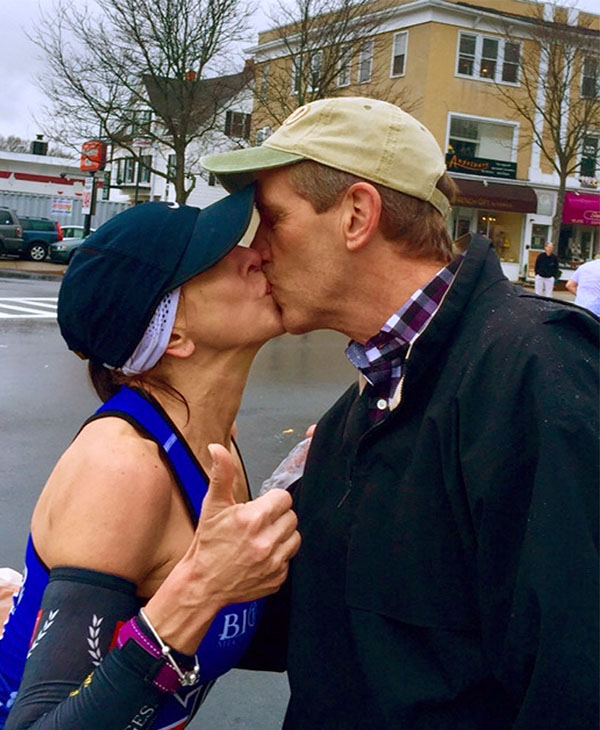 Barbara Tatge found herself at the center of media spotlight after a photo of her kissing a mystery man during the Boston Marathon went viral.

Paige then began a quest to locate her mom's lip-locked fan by reaching out to the Wellesley Townsman newspaper last week. But it wasn't the mystery man who ended up replying to Paige and the newspaper's request. Rather, it was his wife.

The wife, who wished to remain anonymous, verified her claims by submitting photos of the clothing her husband was wearing during the kiss.

"When this story aired on the news we were pretty surprised," the mystery man's wife told the Wellesley Townsman. "For me, I'm not mad. Believe me, our friends have gotten a lot of mileage out of this story and I have thoroughly enjoyed watching them give my husband grief!"

"I greatly admire your spunk and courage and wish you many happy races in the future. Congratulations on your Boston finish!

Tatge says she has been overwhelmed by the positive support following the kiss, and plans to change up her running and lip-locking strategies in future races.

"I won't be kissing random strangers along the route," she said. "I suspect he will stand further back in the crowd of spectators at future races."