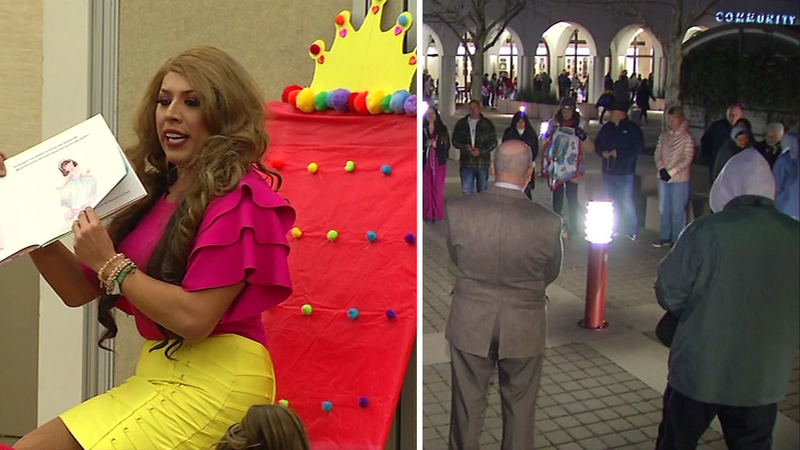 BRENTWOOD, Calif. (KGO) -- In the East Bay, a library in Brentwood hosted Drag Queen Story Hour on Monday despite protests from some in the community who say it was inappropriate for kids.

Bella Aldama, aka Christian Aguirre, entertained a packed room of several hundred kids and their parents at the Brentwood Community Center.

Aldama says she loves to entertain and inform.

"I think kids should know there are different people out there, and be respectful to them," said Aldama.

Outside the center, there was a small protest. One group formed a prayer circle, others held signs urging people to boycott the event.

"We wanted to come out and peacefully pray for souls of those doing damage to their children," said Brentwood resident Nancy Espinoza.

County officials say they got compliments and criticism on social media about Drag Queen Story Hour. It's the 3rd library appearance Bella has made but the first to be controversial.

"We have someone in costume reading books, there is no agenda attached," said Brooke Converse from the Contra Costa County Libraries.

But parents attending the event say they have no problem supporting this Drag Queen.