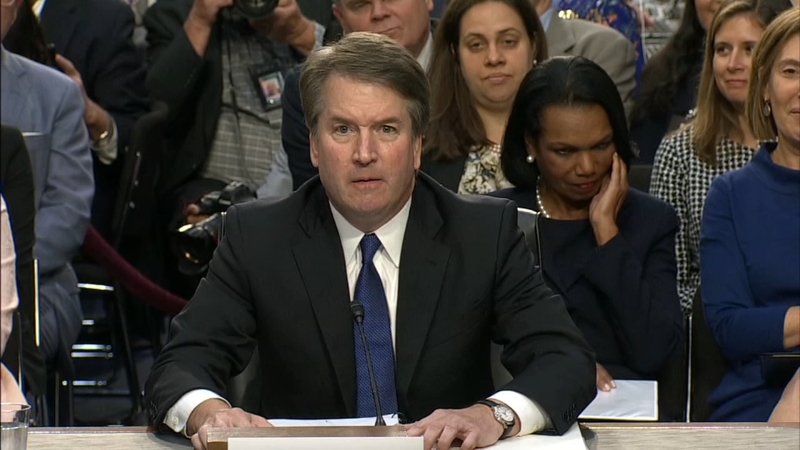 Christine Blasey Ford is making the bombshell claim. Her neighbors were surprised and supportive.

Ford is a clinical psychology professor at Palo Alto University.

She told the Washington Post that the alleged assault happened in the early 1980s, when she and Kavanaugh were high school students in suburban Maryland. There was a party and she claims Kavanaugh pinned her to a bed and groped her over her clothes, but she escaped.

"I thought he might inadvertently kill me, he was trying to attack me to remove my clothing," Ford told the Post.

Judge Kavanaugh has denied the incident ever took place.

In a statement released by the White House, Kavanaugh said: "I categorically and unequivocally deny this allegation. I did not do this back in high school or at any time."

Ford's claims were sent in a confidential letter to a ranking Democrat earlier this summer but she decided to speak out publicly after her name was leaked.

U.S. Senator Dianne Feinstein released a statement which said, in part: "I support Mrs. Ford's decision to share her story and now that she has, it is in the hands of the FBI to conduct an investigation. This should happen before the Senate moves forward on this nominee."

Stanford Law Professor Michele Dauber says she believes Ford's story. She doesn't know Ford and has no connection to the case.

Dauber led the successful recall effort against Judge Aaron Persky, who sentenced Brock Turner to six months in jail for sexual assault in 2015. Many called the sentence too lenient.

"Given these allegations, it's not clear how judge Kavanaugh can retain his bench on the DC circuit. Rushing a vote on his nomination is nonsense and a slap in the face to all women," said Professor Dauber.

ABC7 News tried to get a comment from Ford but no one answered the door at her home.