For many people, the bombshell accusations against Supreme Court nominee Brett Kavanaugh are bringing back memories of the Clarence Thomas hearings.

PALO ALTO, Calif. (KGO) -- For many people, the bombshell accusations against Supreme Court nominee Brett Kavanaugh are bringing back memories of the Clarence Thomas hearings.

Christine Blasey Ford, who is accusing Kavanaugh of sexual assault, has been a psychology professor at Palo Alto University for the past six years.

Hill was also a professor. At the time of the Clarence Thomas hearings, Hill taught law at the University of Oklahoma.

"The parallels here to 1991 are really striking," said Melissa Michelson, a political science professor at Menlo College. She says to a certain degree, profession matters.

"It's yet another professor, so a woman with a pretty high degree of credibility. Not that all women shouldn't be believed but this is a professor and she's passed a lie detector test," Michelson said.

Of course, Thomas was ultimately confirmed despite Hill's testimony. This time though, in the wake of the #MeToo Movement, the outcome may be different.

"I think a lot of folks have regrets about how Anita Hill was treated when Clarence Thomas was up for confirmation, so now there's a chance to kind of make things right and to take a woman's claims seriously this time," said Michelson.

The allegations against Kavanaugh are more serious than those against Thomas. Hill accused Thomas of sexual harassment. Ford is accusing Kavanaugh of sexual assault. But Kavanaugh was believed to be 17 years old at the time of the alleged incident, which may lead some to be more forgiving.

The confirmation vote is scheduled for Thursday, a date that is now very much up in the air.

For more stories and videos related to the Supreme Court, visit this page. 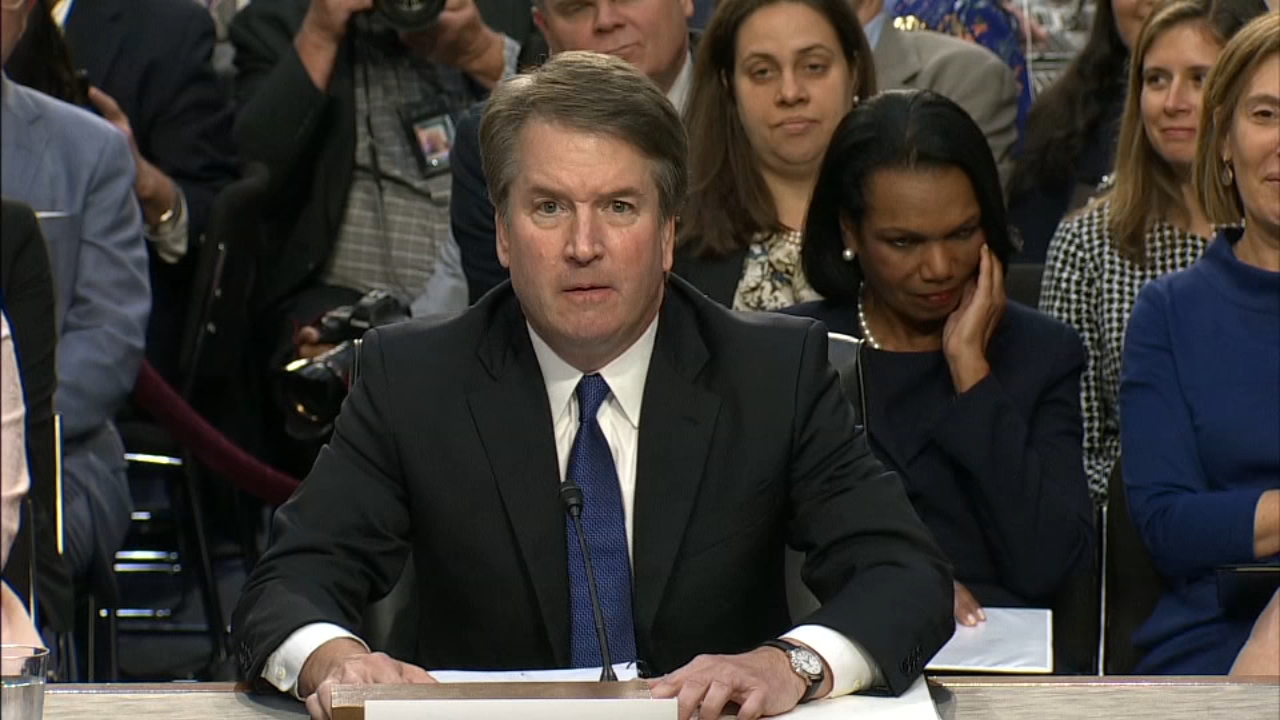