According to CAL FIRE, the fire is now at 5,100 acres and 40 percent contained with more than 1,400 firefighters working to control the blaze.

One structure has been destroyed.

The Mariposa County Sheriff's Office says all mandatory evacuations and fire advisements will be lifted at 1 p.m. Friday.

Pacific Gas & Electric was beginning to restore power after shutting it down in parts of 34 counties to reduce the risk of starting a wildfire. The Golden State has hot weather and high winds in the pipeline, which makes wildfires more likely to break out.

A major tourist route to Yosemite National Park remains closed because of the Briceburg Fire that is burning along Highway 140.

Officials are directing travelers to take alternate roads into the park.

"Highway 140 is closed between Colorado Road and incline which impedes the access into Yosemite. Visitors to Yosemite can gain access through Highway 120 and Highway 41," a CAL FIRE representative told Action News. "Some areas are inaccessible by foot so we're dealing with that with aircraft resources."

It is still unclear what sparked the fire, which is burning near the area of last year's devastating Ferguson Fire.

The Ferguson burn scar could help firefighters with their effort because many of the fuels are no longer consumable but it still poses a risk for the things that have grown up for what crews call 'light flashy fuels'.

CAL FIRE officials say the biggest challenge for firefighters is the steep and rugged terrain that's nearly inaccessible for them, so their strongest line of defense is coming from the air.

Others continued to douse the flames from high above.

RELATED: PG&E Power Outages: How to prepare for blackout

Officials are asking residents to download Mariposa County Sheriff's Office Alert, which allows county officials to give people the latest details about the Briceburg Fire.

It's a big relief for those who spent the past two days without electricity, including local businesses. Customers can now fuel up again at the Don Pedro Market in LaGrange.

"Oh it feels great, I wish it would have never gone off," said Lake Don Pedro resident, Dean Johnson.

Action News stopped by the store about an hour after the electricity came back on and found the ice machine working, the slushies spinning, the employees celebrating.

Delia Doiron says dry ice helped save most of the milk, meat, cheese, and other cold items, but the ice cream may be a total loss.

"That's at least I would think at least over a thousand dollars' worth of ice cream...so yeah, but as far as our other frozen foods have gone, everything else is still frozen thank God because we didn't let anybody open this," Doiron said.

The store stayed open during the blackout, but the owner says the lack of gas sales and other items that had to be stored on ice cost him an estimated $20,000.

The owner of that store says he plans to file a claim with his insurance company in hopes of recouping some of those losses.

The Briceburg Fire has more than doubled in less than 24 hours and is now at 4,400 acres.

Maria Avilez, who works for a company that supplies showers, mobile-kitchen units, and refrigeration trucks, says it's always clear how hard the firefighters are working.

"It's crazy because sometimes they'll come back with poison oak and eyes swollen shut. Their clothes smell crazy," she says.

Avilez hopes the job she and her coworkers are doing helps them on the front line.

"A lot of them get happy when they see us - a clean shower and clothes," she says.

It has also set up satellite classrooms for students living on the other side of the road closure.
Report a correction or typo
Related topics:
yosemite lakes parkmariposa countyyosemite national parkyosemitefirewildfiretraffic
Copyright © 2021 KFSN-TV. All Rights Reserved.
WILDFIRE 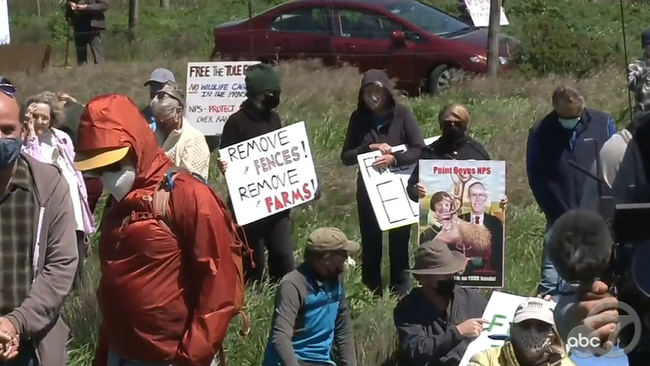 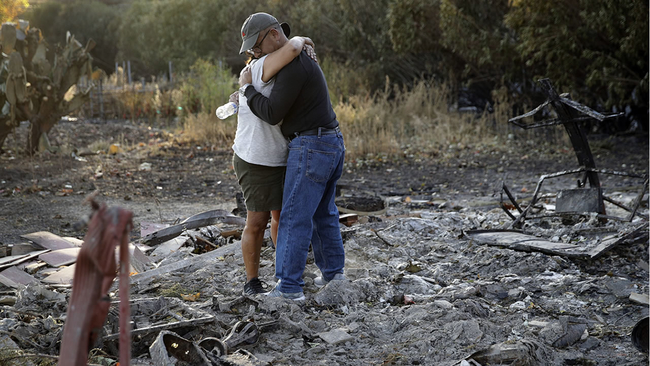