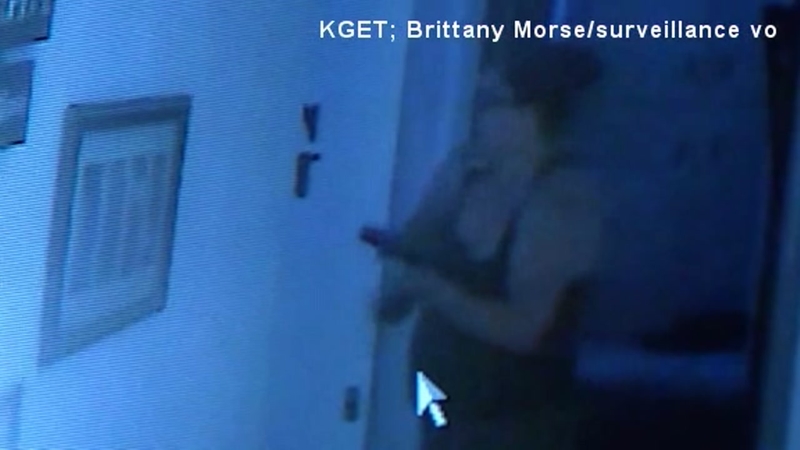 Mother holds burglar at gunpoint after he stole laptop, bananas

TAFT, Calif. -- A California mother is being applauded for her quick thinking after she held a burglar at gunpoint in her home until police could arrive.

The scene, which was all caught on camera, unfolded Sunday morning in Taft, California.

Brittany Morse said it seemed like a typical morning until her children noticed something was amiss -- her laptop was missing even though she had just used it the night before.

While searching for the device, Morse said it was her 7-year-old daughter who found the alleged burglar in their garage.

"She opened the door, she sees him there, and slams it shut, screaming, running back to me," Morse told KGET.

Morse said she locked her children in one room and then grabbed a gun she had just bought two weeks earlier.
She then cornered the man from the doorway of her garage as she called 911.

"I told the dispatch, 'I believe he has a knife on him.' And I told him, 'You come near me, you take one step toward me, I will shoot you,'" she said.

Surveillance footage revealed the man broke in through the rear door just before 6:30 a.m., but he wasn't found until 9 a.m.

"If he would've come in the house while me and my children were awake, I don't know what he would've done," Morse said. "But I wasn't going to sit there and find out."
The woman said the man took her laptop and some food.