Broadway will remain closed through 2020 due to COVID-19 pandemic 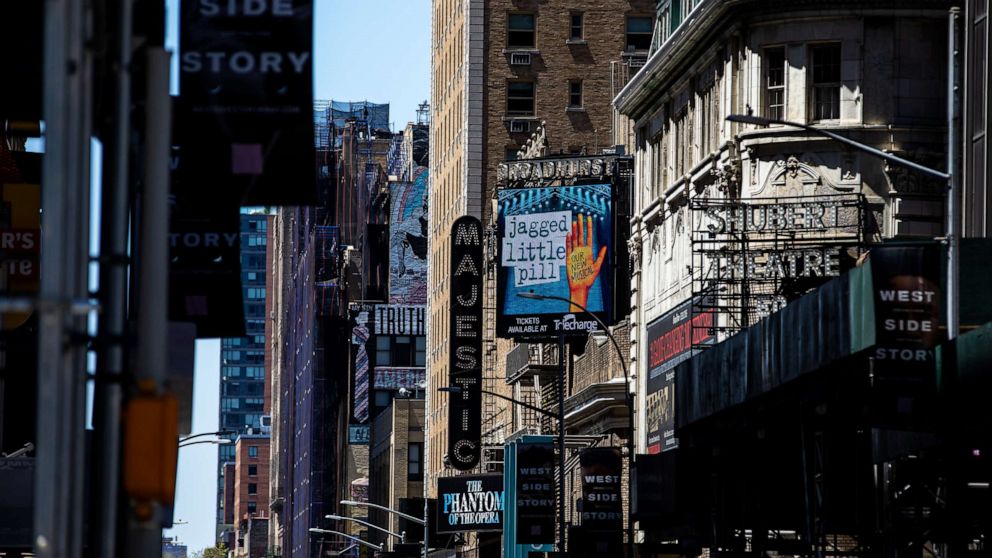 It's no surprise, but now it's official: the Great White Way won't be back for the rest of the year.

Thirty-one Broadway productions had been closed on March 12, when restrictions related to the COVID-19 pandemic began going into effect.

"The safety of our cast, crew, orchestra and audience is our highest priority and we look forward to returning to our stages only when it's safe to do so," The Broadway League's Thomas Schumacher said in a statement. "One thing is for sure, when we return we will be stronger and more needed than ever."

"The alchemy of 1000 strangers bonding into a single audience fueling each performer on stage and behind the scenes will be possible again when Broadway theatres can safely host full houses," he continued. "Every single member of our community is eager to get back to work sharing stories that inspire our audience through the transformative power of a shared live experience."

The statement also noted that The Broadway League "is continuing to work with city and state officials as well as leaders in science, technology, and medicine to to decide how the industry can best restart."

Some of the procedures it is considering to keep audiences, performers and theater workers safe include: screening and testing, cleaning and sanitizing, wayfinding inside theaters, backstage protocols and more.

No dates have been given for when productions will resume, but it's thought the curtains might start rising again early in 2021.