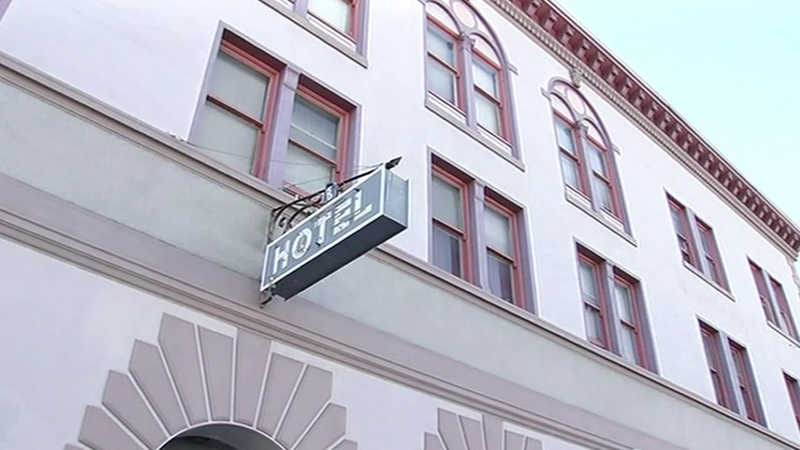 BURLINGAME, Calif. (KGO) -- Residents who thought they would have to move before the holidays are getting a reprieve. The owners of the Burlingame Hotel struck a deal to allow the residents stay through January and give them relocation assistance in exchange for signing an agreement, barring them from making disparaging comments about hotel ownership. Most residents have signed, but ABC7 News spoke to one resident who has not.

Tom Romine says his room inside the hotel can't be beat at $900 a month.

"It's a very nice situation for the price... All the benefits we have here we have Burlingame Avenue," said Romine. "What a historical monument I live in... It's really sad."

The hotel, nestled between high-end shopping and restaurants has become a long-term living situation for residents who can't afford rent elsewhere.

The place Romine has enjoyed living so much is being converted into an office space.

Initially, renters had to be out this week. Now, through an agreement with management they can stay through the end of January.

The agreement precludes renters from making disparaging comments about management. It's an agreement at least one renter we met hasn't signed because he doesn't think that $1,000 is enough.

The man asked us not to reveal his identity because he is concerned about retaliation while still living at the hotel. He showed ABC7 News pictures of bed bugs he says he's been complaining about for months. His room was fumigated Monday. The tenant was offered an alternative room, but he turned it down.

He says he wants to negotiate a different deal with management since he is still thinking about what he wants to do.