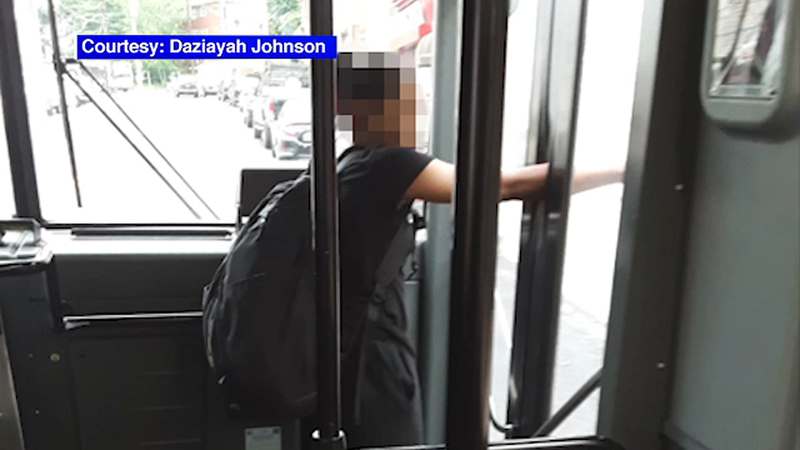 NEW YORK -- The MTA is investigating one of its bus drivers who witnesses say closed the bus doors on a middle school student's arm and didn't stop the vehicle or release the door.

It was a scene of panic on the S-46 bus last Friday afternoon.

A middle schooler had just hopped on board the Staten Island bus in front of a school and was asking the driver to wait for her friends to cross the street.

Instead, passengers claim the female driver closed the doors on the young girl's arm and started to drive away.

Daziyah Johnson took photos of the incident. "I was really worried because her hand could've hit a pole. Anything could've happened," said Johnson.

24-year-old Paul Costello was also on board. He complained to the MTA about the incident and says fellow riders were yelling at the driver

"People were screaming things like, why didn't you stop? Why did you keep going? Why are you laughing?," Costello said.

We're told the girl and her family did not want to comment on the frightening ride.

The MTA released the following statement: "These allegations are deeply concerning and they are under investigation."

"It's just wrong," said Johnson. "You can't do something like that and expect to keep your job. What if someone else comes on that bus and you gonna get their neck stuck in the door?"