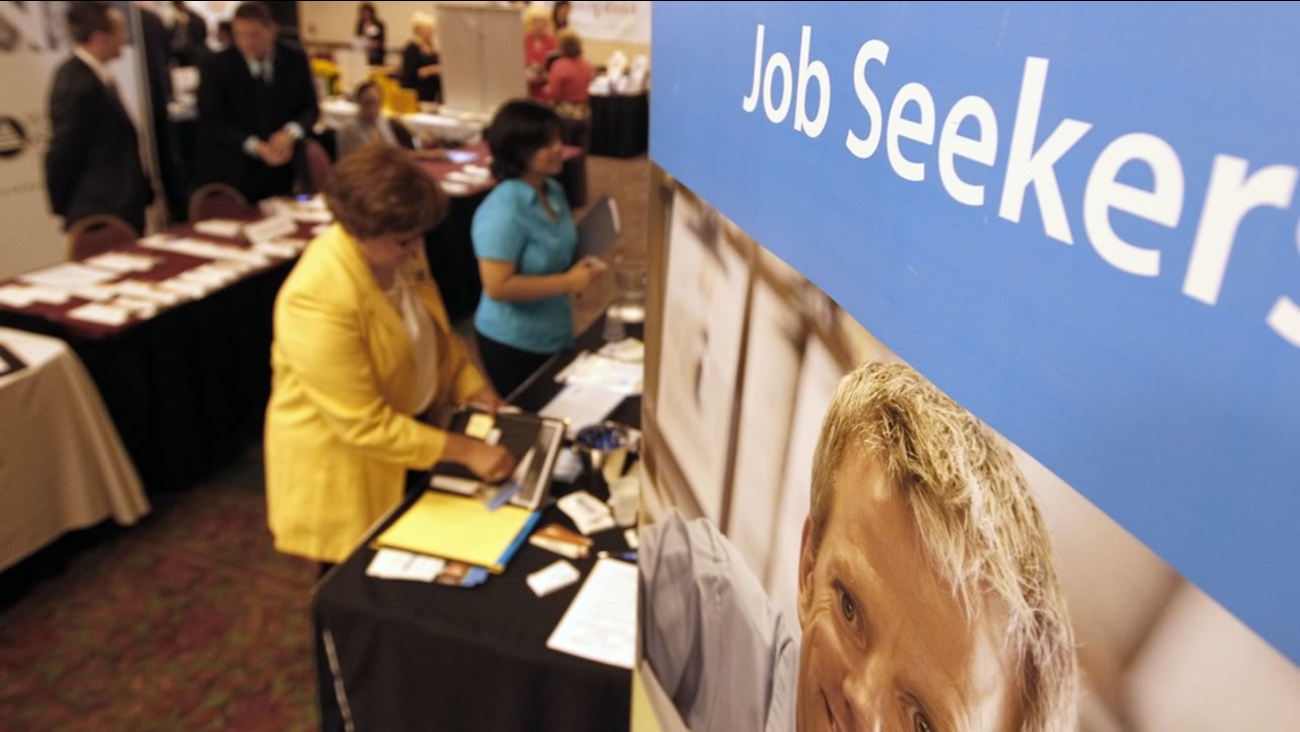 In this Tuesday, July 10, 2012 photo, people walk by the recruiters at a jobs fair in the Pittsburgh suburb of Green Tree, Pa. (AP Photo/Keith Srakocic)

Unemployment rates across the Bay Area dropped in November, compared with a year ago, according to data released Friday from the state's Employment Development Department.

EDD officials said comparing the unemployment rate on a year over year basis, rather than a month-to-month basis, is more appropriate because the unemployment data are not seasonally adjusted.

Data can vary monthly, for example, because more people are employed during the holiday season.

Though Solano County had the highest unemployment rate in the Bay Area in November at 6.5 percent, it's the lowest rate for the county since November 2007's 5.4 percent, an EDD official said. The last economic downturn in the United States, the great recession, started in December 2007.

"We see that same type of trend" for all the counties in the Bay Area, said EDD labor market consultant Jorge Villalobos.

The 6.5 percent rate in Solano County is down from 7.7 percent a year ago and the largest reduction in the Bay Area. Alameda, Contra Costa, Marin and Santa Clara counties saw reductions of 1.1 percentage points, according to EDD officials.

In the city and county of San Francisco, the unemployment rate was 4.4 percent in November. That's down 0.7 percentage points from a year ago.

In the greater San Francisco metro area, which includes San Mateo, Marin and the city and county of San Francisco according to the EDD, the unemployment rate was 4.2 percent in November, the lowest since November 2007's 4.0 percent, Villalobos said.

Two-thirds of the job growth in the San Francisco metro area was in the professional, scientific and technical services sector.

High tech, which is part of that sector, accounted for 18 percent of the net job growth in the San Francisco metro area, Villalobos said.

In all Bay Area counties, the number of employed increased and the labor force expanded from a year ago.