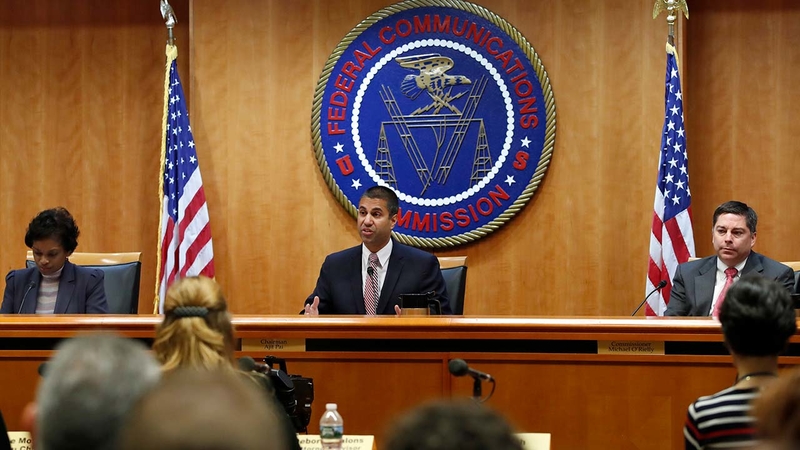 The Federal Communications Commission has officially repealed the Obama-era "net neutrality" rules. The publication of the repeal in the Federal Register sets into motion a countdown for challenging the rule change.

Net neutrality keeps companies like Comcast and AT&T from giving preferential treatment to websites and apps.

California and 19 other states have already filed lawsuits challenging the FCC's decision. The repeal will take effect tomorrow, Feb. 23.


CA car insurance among most expensive

A recent survey of car insurance rates across the country ranked California in the top ten most expensive. The state came in at number nine, with an average annual car insurance premium at more than $1,700 a year. That's almost $300 more than the national average.

The report, by online insurance quote service provider The Zebra, also found that many areas in California have seen rates rise more than 40% since 2011.

The Zebra said California does not include factors like credit and education when calculating rates.

Boarding early on a Southwest flight could now cost you a bit more.

The airline raised fees for last-minute priority boarding to $50 per flight for some flights. It is reflected in their fare chart, which lists upgraded boarding at either $30, $40, or $50 per customer, depending on itinerary.

Southwest did not say which flights will be impacted by the change.

Web copy written by Miranda Dotson
Report a correction or typo
Related topics:
businesssan franciscoinsurancenet neutralitycaru.s. & world7 on your sideconsumersouthwest airlinesconsumer concerns
Copyright © 2021 KGO-TV. All Rights Reserved.
7 ON YOUR SIDE