How much can you rely on Yelp reviews?

KGO
By Michael Finney
SAN RAFAEL, Calif. (KGO) -- If you are deciding which businesses to use, do you first read online reviews by other consumers? A lot of us do, but you can't help but wonder if they're real. Yelp says 139 million people visit the website every month to find out what others think, but how reliable are those reviews?

There are plenty of websites that let users vent about their experience. Yelp is one of the most popular. There with a few exceptions anyone can write about any opinion about nearly anybody, so should you believe what fellow consumers are saying?

Tom Dudek owns West Coast Moving in San Rafael, serving customers primarily in Marin County and that's why he was shocked to see a review about him on Yelp. "She had everything under the sun to complain about, that things were wrinkled and broken and they took too long," he said.

The reviewer Lorraine T. said the moving company did a bad job moving her from Palo Alto to Cupertino back in May. However Dudek says it wasn't his company and that he never moved anyone from Palo Alto or Cupertino. "Well I called Yelp and I spent hours on the phone with them and I got nowhere," he said.

Dudek says many moving companies have names similar to West Coast Moving as a Google search shows. He told Yelp the reviewer must have used one of those companies. "I told them this destructive review wasn't for me it was for another company and they just kept reiterating that there was nothing that could be done," he said.

Dudek wanted Yelp to contact the reviewer to verify she cited the wrong company and move it off his page. Yelp said companies can't just delete bad reviews. "They just keep saying we're going round and round in circles and I'm just going to hang up," he said.

He says customers are believing a mistake and relying on Yelp to guide their decisions. "Yelp is better than nothing if you have no information about a business. But is Yelp reliable? Absolutely not in a lot of cases," Consumer Action spokesperson Joe Rideout said.

Ridout says shoppers should read Yelp reviews with a bit of skepticism, especially if there are only a few comments listed for a particular business. "The problem is when there are just a few reviews, then one outlier, or one mistaken review, or one mean spirited rant can have a huge impact on what someone takes away," Rideout said.

He says you'll get a better idea about a business if it has a 100 reviews describing many experiences.

Dudek's page had just nine reviews and they were all favorable except that one.

Seven On Your Side asked Yelp if this is a mistake, then why not remove it? Could other listings be wrong too?

In a statement the company said, "Yelp offers a two-way platform for consumers to share their truthful experiences with local businesses and for business owners to respond. Business owners and consumers have the ability to flag reviews, which will be assessed by Yelp's user operations team.

Yelp allowed Dudek to put a disclaimer under that bad review and after we called, Yelp says another user flagged that review. Yelp contacted Lorraine T. and deleted her review saying, "content must be factually correct."

7 On Your Side told other Yelp users about this story and many of them realize a lot of businesses have similar names, so mixups seem inevitable.

One way a business can avoid the problem is to come up with a distinctive name.
Related topics:
businesssan rafaelbusinesssmall businessyelp7 on your side
Copyright © 2020 KGO-TV. All Rights Reserved.
7 ON YOUR SIDE
What's a passport card, and can it replace a Real ID?
FINNEY'S FRIDAY FREE STUFF: Alcatraz Cruise tickets and Ocean's Halo organic noodle bowls! 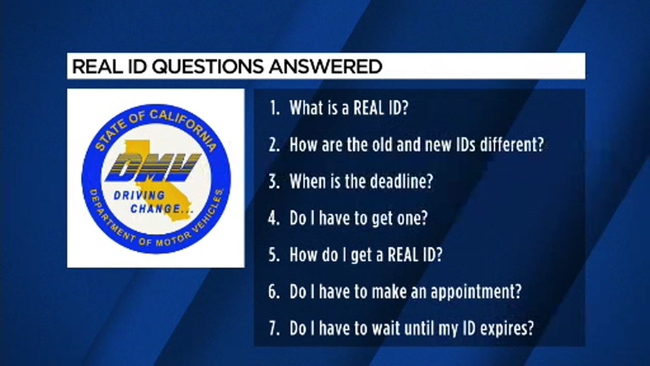