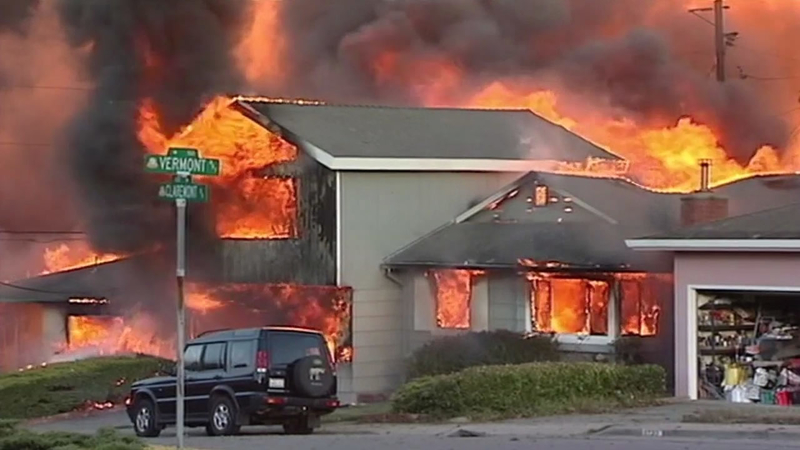 About three weeks ago the U.S. attorney issued a superseding or new indictment against PG&E, which more than doubled the number of criminal charges. None of the giant utilities companies executives showed up for the arraignment on Monday, but after prosecutors read the indictment an attorney for PG&E responded not guilty to all charges.

PG&E faces one count of obstructing the federal investigation into the pipeline explosion and 27 counts of violating the pipeline safety act.

The explosion and fire killed eight people and injured 66 others on Sept. 9, 2010. There were 38 homes that were destroyed and 17 others were badly damaged.

If federal prosecutors have their way, the giant utility could be slapped with a $1.3 billion fine.

PG&E maintains it did nothing wrong. "No PG&E employee violated any laws and when any errors were made, employees were always acting in good faith," PG&E spokesperson Greg Snapper said.

San Bruno city manager Connie Jackson disagrees. "We believe it's high time that PG&E cleaned up its act and that it understood and took responsibility, took full responsibility for the negligence for the inappropriate operations and frankly for its malfeasance," Jackson said.

Jackson wrote a letter to US Attorney Melinda Haag supporting the federal prosecution. She is also asking that the penalties include imposing an independent monitor to make sure the state PUC and PG&E are doing their jobs without collusion. "They have failed and they continue to fail to do so and that they continue to perpetuate a inappropriate and too cozy relationships with the utility they are tasked with regulating," Jackson said.

San Bruno city officials charge that emails they uncovered between PUC officials and PG&E show a close relationship. The latest is a letter inviting a federal official to a safety symposium sponsored by the CPUC that was almost identical to a draft written by a PG&E staffer.

The state PUC issued a statement saying in part, the agency's president Michael Peevey "directed staff to cancel it immediately to eliminate any possible public concern over the fairness of the CPUC's process."