The reason? Restaurants like the Perennial. It's on the same block as Dolby and around the corner from Twitter in San Francisco's mid-market area, yet few of their employees ever eat here. Owner Anthony Myint explains, "It's pretty hard to compete with good and free."

He says the gourmet cafeteria's inside the companies keep employees from venturing out. "It's not just lunch, it's every meal, snacks drinks, dinner everything."

Tech companies offer some pretty extraordinary perks to attract employees, including free massages, house cleaning, egg freezing and even the use of a company yacht.

Back in the 1990's we reported about what was then a new recruiting tool. Google was the first. Now San Francisco leaders say at least 51 companies, not all high-tech, have in-house cafeterias. Supervisor Ahsha Safai wants to prohibit new businesses from offering that perk.

"Think about getting your employees, having them out and supporting the backbone of our city, adding to the health of our city."

The late Mayor Ed Lee hoped to revitalize the mid-market area when he proposed a tax break for high tech companies like Twitter, but Supervisor Aaron Peskin, a co-sponsor of the new legislation says it did not deliver on the promise that "it would increase patronage of local businesses and restaurants, but actually because of the cafeteria phenomenon the opposite has happened."

Ryan Zoradi has an on-site cafeteria at his workplace but says he still tries to support neighborhood restaurants.

"We usually do a mixture. We'll eat breakfast at the office, a small meal, and then go out to lunch."

The legislation is aimed at future businesses, but the hope is to start a conversation with those already established.
Report a correction or typo
Related topics:
businesssan franciscolunchsmall businessfoodfacebooklunch breaksilicon valleytechnologypoliticsrestaurantsan francisco countyjobs
Copyright © 2021 KGO-TV. All Rights Reserved.
RELATED 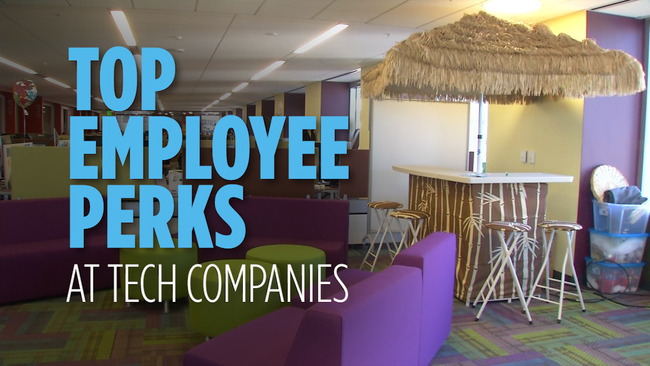