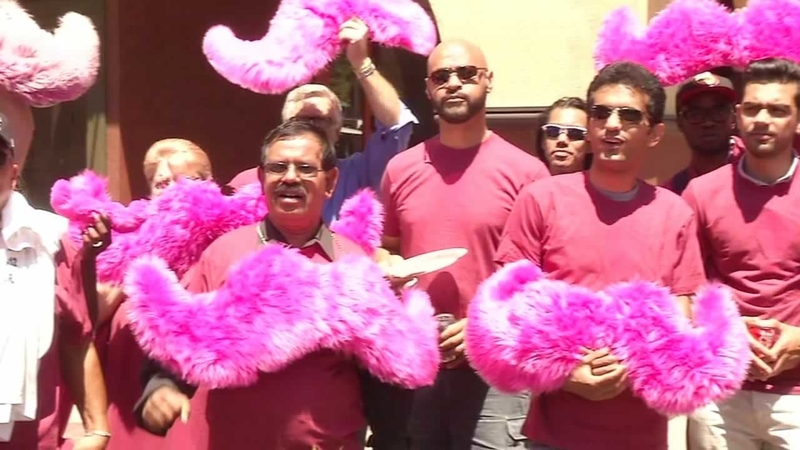 SAN FRANCISCO (KGO) -- Car services Uber and Lyft are battling the government again, this time trying to defeat legislation at the state capitol. It's the latest in a long fight to stay in business, though the two companies are growing at a remarkable pace.

Uber and Lyft have struggled with state regulators and lawmakers since their launch. As amended, St. Assm. Susan Bonilla, D-Concord bill AB 2293 creates a new type of car insurance for people who pick-up paying passengers in their personal cars. Back in May, Lyft drivers picketed in front of Bonilla's office as well, insisting her bill to increase insurance requirements for smartphone-based car services will increase costs for drivers and passengers.

"I am concerned that [the cost] would be passed onto either the drivers or passengers or both, and that could hurt the community for sure," says Lyft driver Jennifer Mendoza.

Bonilla insists the bill actually does more to protect drivers because the proposed legislation covers the driver both while doing their personal driving and while picking up passengers. "We're calling it a hybrid policy," says Bonilla.

But combined with a second proposed legislation mandating government background checks for drivers, Uber says it's just more bureaucracy that they don't want to deal with. The second bill requires deeper background checks of the drivers, including drug and alcohol testing. Uber spokesperson Eva Behrand says,"The bills before us are trying to put a square peg in a round hole and make ridesharing look like taxi."

Uber is gathering support from Uber users as well, having collected over 60,000 signatures on a petition against the bills, in just the past 24 hours. Uber is also putting out radio ads using basketball star Baron Davis, hoping it'll sway more people against the two bills.

Despite the controversy, it hasn't stopped the two companies from growing and even attracting some big name partners. On Wednesday, United Airlines announced it is partnering with Uber on a new deal. The new partnership allows travelers to use the United Airlines app to book a car ride, while waiting for their luggage. Other who signed deals include TripAdvisor and OpenTable, making calling a ride a one-touch affair.
Related topics:
businesssan franciscoconcordsacramentoprotestlyfttraveltransportationcalifornia state assemblylawsubermobile apptrafficdriving
Copyright © 2021 KGO-TV. All Rights Reserved.
More Videos
From CNN Newsource affiliates
TOP STORIES