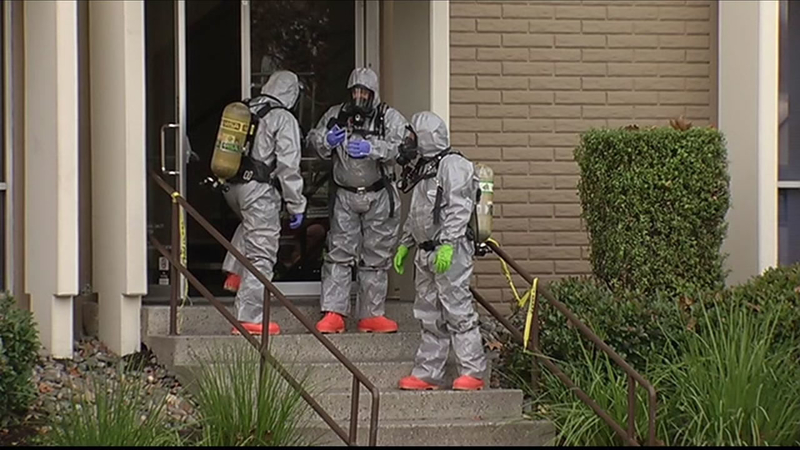 SANTA CLARA, Calif. (KGO) -- A well-known Muslim civil rights group was the apparent target tonight of not one but two suspicious packages. One of them was delivered Thursday to an office in Washington D.C. and the other in the Bay Area.

The package containing a white powder was sent to an office on Scott Boulevard in Santa Clara belonging to the Council on American-Islamic Relations (CAIR). That forced hazmat crews to respond.

CAIR's executive director Zahra Billoo is still trying to get answers and get into her office. The entire building was evacuated Thursday afternoon after a staffer opened a package.

"They said, opened an envelope that came in the regular mail, white powder substance inside and I said, 'Call law enforcement immediately'" Billoo said.

The response was immediate. The FBI was called. Soon, Santa Clara police and fire crews arrived. They cleared the building, and set up for hazmat control.

The three CAIR staff members who were in the office when the envelope was opened were taken to the hospital as a precaution. They've since been released.

"I'm feeling angry, but also defiant that we will not tolerate attempts to intimidate or silence us," Billoo said.

CAIR has had a sharp rise in complaints of anti-Muslim activity recently. Some members admit they've been frightened, but today's incident takes things to a whole new level.

"This is to be honest, overwhelming, for somebody to send an envelope saying, 'infidels' and put powder in there. It's so scary," said Samer Darwish, a Muslim community member.

CAIR advocates plan to be back at work Friday.