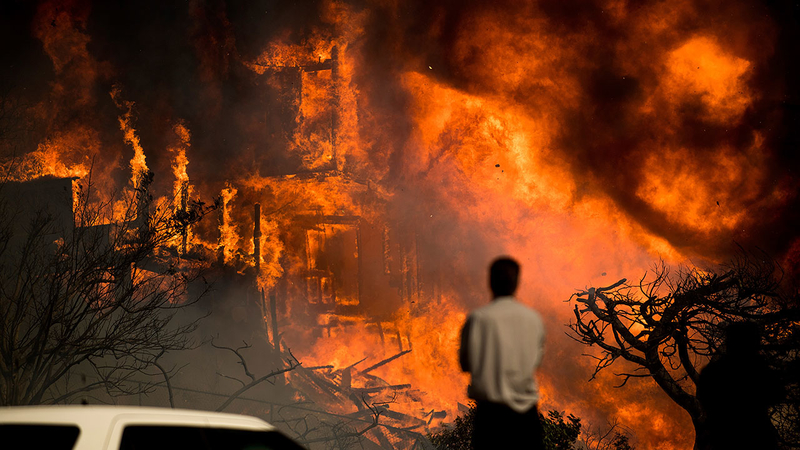 Cal Fire estimates it already spent $699 million, and it's only halfway through the fiscal year.

"We work very closely with the department of finance as well as the legislature to ensure that money is appropriated (and) so we never get to a point in fighting a fire where we don't have the money and resources we need to do that," says Daniel Berlant Cal Fire's Assistant Deputy Director, from the agency's headquarters in Sacramento.

Berlant says his department is constantly forecasting weather and fire risk, and it is also has to forecast budget needs. He points out that fire seasons are, on average, 75 days longer than they were four years ago.

"That means we have to change our mindset," Berlant says, "and that's one of the reasons that we've invested so much additional money in not only staffing year 'round, but also in the work we do ahead of these fires in our fire prevention efforts."

After a dry December and with the Thomas Fire still burning in Southern California, Cal Fire has decided to keep an additional 24 rural fire stations open all year, beyond the 10 normally kept in operation.

Applications for seasonal firefighters, who supplement the department's 5,300 permanent personnel, have already closed for the fire season. Nearly 1,800 are brought on for the high-risk season.

Cal Fire also gets additional help from cities and counties, not only within California, but also from other states. It reimburses those agencies, adding to the expenses its budget must cover.