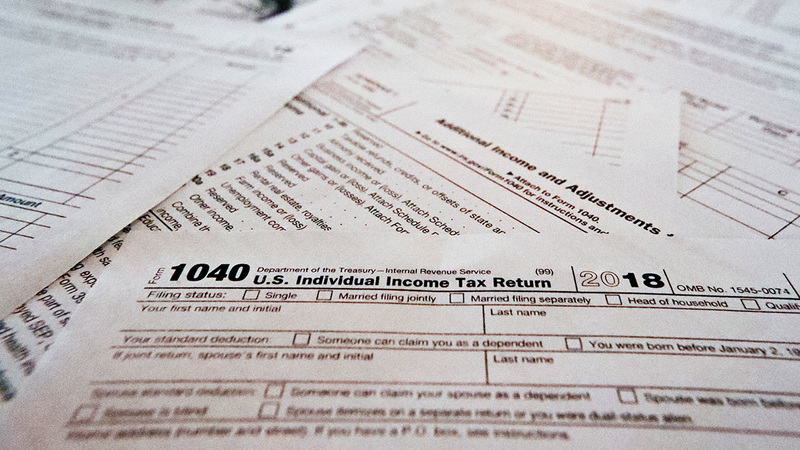 The California State Auditor is reporting that children enrolled in Medi-Cal are going untested for lead poisoning.

Children from ages one to two years old who were in Medi-Cal from 2009 to 2018 were reported to not have received the lead testing that the state of California regulations require.

Nearly 10,000 children who live in California were found with elevated lead levels during the year 2017. It was reported that majority of the children tested and found with the elevated levels were located in the Humboldt, Sacramento, and Los Angeles regions. The California State Auditor is urging the California Department of Health Care Services to improve their testing and lead poisoning prevention efforts. Californians can use an interactive map on the State Auditor's website to view the number of missed tests and elevated lead levels in their neighborhoods.

It's the new year and many people are getting their W-2s. So when should people start filing their taxes?

The Internal Revenue Service will start accepting and processing federal tax returns starting Monday, January 27. Taxpayers can file through tax preparer, tax software programs, or the IRS Free File program, which offers assistance for filing. Although you can start preparing your taxes before then, the IRS won't begin reviewing submissions until January 27.

The IRS encourages taxpayers to file electronically and choose to receive any returns through direct deposit, according to IRS Commissioner Charles Rettig. Those filing will have until April 15 to submit their 2019 returns and pay any owed taxes. More information about filing can be found on the IRS website or from trained volunteers at IRS offices.

98 million Americans report overspending this holiday season, according to survey

The numbers are in from this most recent holiday shopping season.

WalletHub conducted a survey of consumers, asking them about their holiday spending. They found that 98 million Americans admit to overspending this season. Three times as many Millennials than Boomers say they regret a purchase they made this holiday season. 56 percent of consumers plan to pay off their shopping debt by the end of January -- but 1 in 4 report that the holidays are worth going into credit card debt. Still, looking ahead, half of consumers expect to carry less credit card debt overall by the end of 2020.