KGO
By by Lyanne Melendez
SAN FRANCISCO (KGO) -- Despite being in the technology hub of the United States a new study released by the College Board say less than one percent of high school students statewide took the AP Computer Science exam in 2016.

According to the study released Thursday, 65 percent of students in California have no access to Computer Science courses.

Allison Scott works for the Kapor Center for Social Impact, an organization working to bring more technology to communities of color in Oakland, she says the numbers are shocking. "Less than 1% of all high school students took the AP computer science exam," Scott told ABC7 News."And for students from underrepresented background it was a lot lower than we expected."

Jeremy Keeshin works with Code HS, an organization working to train teachers on computer sciences nationwide. "I think a big part is just the exposure to computer science classes," he said. "So if you can say take a coding course in middle school or take an intro course in high school then you build up a lot more interest in AP courses."

"We had to make computer science a new basic skill and start at a very young age and make it available to every student." said Jim Ryan who works with San Francisco Unified School District.

The district says its goal is to eventually make computer science a regular subject just like math or science. 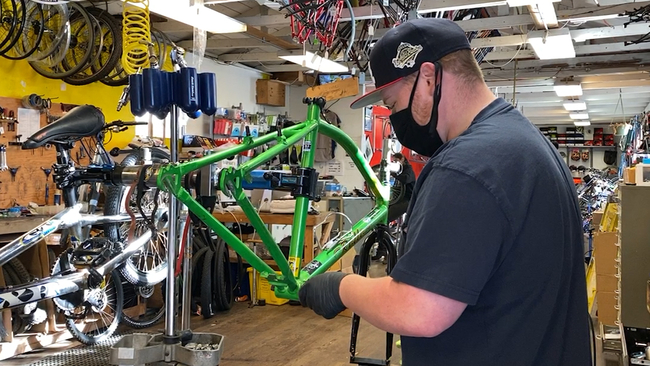