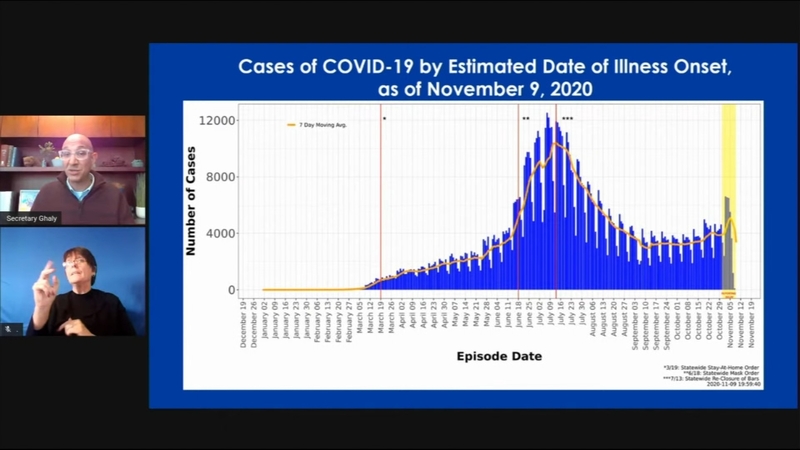 More than half of CA counties in trouble, health sec says

But there are two California counties where things appear particularly concerning, with high testing positivity rates and lots of new cases.

The first is Imperial County, the far Southern California county that's been stuck in the purple tier (the most restrictive) for 10 weeks. The COVID-19 case rate there is 20.3 per 100,000 residents, and the testing positivity tops 12%.

Imperial County has been a location of concern throughout the duration of the pandemic, and was even asked by Gov. Gavin Newsom to reinstate its stay-at-home order over the summer. At its worst, the county's positivity rate was 23% and hospital patients had to be taken out of county for treatment.

But the problems here are more concentrated. Even though their positivity rate is 13.8% and their case rate is a whopping 61.8 per 100,000 residents, nearly all of those positive cases can be attributed to an outbreak at a Marine Corps Mountain Warfare Training Center in the northern part of the county.

"The Marine base outbreak started with the arrival of over 1,500 Marines for training, some of whom had unrecognized COVID-19. Most of the cases have occurred among these visiting trainees, who are restricted to the remote mountain base," the county said. "There is no evidence that this military outbreak has resulted in increased infections outside the MCMWTC community; the control measures undertaken by the Marine Corps seem to be working to contain spread."

For that reason, the county is asking the state to keep them in the orange tier and allow them to keep more businesses open.

RELATED: More than half of California counties may move to more restrictive tiers, health secretary says

These two California counties may have the highest testing positivity rates in the state, but they're far from the only ones in trouble.