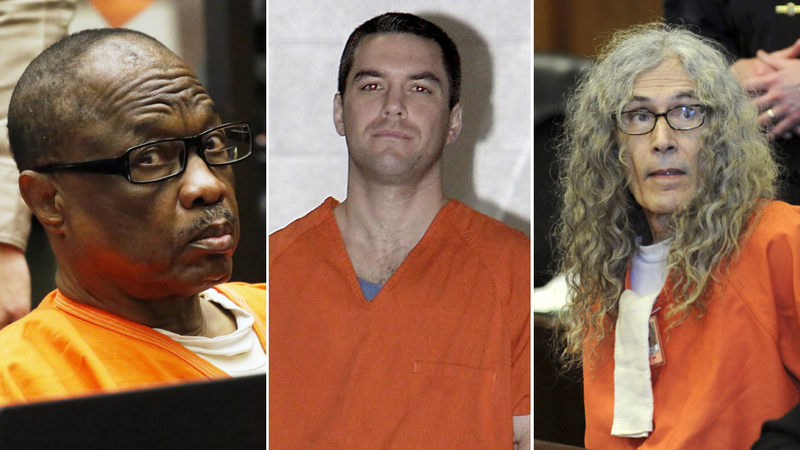 SACRAMENTO, Calif. -- California's top court rejected an attempt to make it harder to impose the death penalty, ruling Thursday in favor of the current system where jurors need not unanimously agree on aggravating factors used to justify the punishment.

Jurors already must unanimously agree to impose a death sentence, and to do so must decide that aggravating factors outweigh mitigating circumstances.

But they do not have to unanimously agree on each aggravating factor, the California Supreme Court said in a 7-0 decision. Those factors include things like having multiple or prior victims, the slaying being gang-related or spurred by a victim's race or religion, or the murder being "especially heinous, atrocious, or cruel, manifesting exceptional depravity."

The justices upheld that longstanding practice in a case that otherwise could have undermined the death sentences of the most populous state's nearly 700 condemned prisoners.

The death penalty might be fairer if the state did make changes, Associate Justice Goodwin Liu wrote for the court.

He noted that the state attorney general's office also agreed that such a requirement "would improve our system of capital punishment and make it even more reliable" and that state lawmakers should consider the change.

"Nevertheless, to date our Legislature and electorate have not imposed such requirements," Liu wrote, and the court found there is no such mandate in state law or the constitution.

The justices also rejected requiring that both the death sentence and the specific aggravating circumstances be justified beyond a reasonable doubt. That level of proof is currently required for criminal convictions but not in sentencing decisions.

RELATED: 'It's deeply moral to me': Gov. Gavin Newsom talks about decision to sign execution moratorium in California

"I am pleased to see that the California Supreme Court has unanimously rejected a call to overturn decades of clear precedent," said Kent Scheidegger, legal director of the Criminal Justice Legal Foundation that supports the death penalty. He had noted in a legal brief that the same arguments "have been considered and rejected dozens of times by the same court in the past."

Defense attorneys argued that current sentencing practices in capital cases violate the constitutional requirement that verdicts be both unanimous and beyond a reasonable doubt.

Gov. Gavin Newsom was one of those seeking stricter standards when he took the unprecedented step of filing a brief arguing that current practices spur racial discrimination. The higher threshold was also supported by a minority of district attorneys including Chesa Boudin in San Francisco and George Gascón in Los Angeles.

Newsom's brief - written by two professors at the University of California, Berkeley, School of Law - tracked other critics who contend the death penalty process is inherently racist because Black people are disproportionately excluded from juries in capital cases.

But those more sweeping objections "do not bear directly on the specific state law questions before us," Liu wrote.

Nor did the court find evidence of prosecutorial basis against Black jurors in the Los Angeles County case of Donte Lamont McDaniel, 42.

He was sentenced to death in 2009 for the murder of 33-year-old George Brooks and 52-year-old Annette Anderson five years earlier, and the court upheld his conviction and sentence.

Five of the seven justices were appointed by Democratic governors who oppose capital punishment. Liu was appointed by then-Gov. Jerry Brown.

California has not executed anyone since 2006, and Newsom has imposed a moratorium while he is governor. But voters narrowly upheld the death penalty in 2012 and 2016.

Of 1,077 death sentences imposed since 1978 in California, 230 - more than 1 in 5 - have been reversed by either the California Supreme Court or a federal court, according to a March report by the Office of the State Public Defender titled "California's Broken Death Penalty."