"We walked into a situation where we could not meet the unrealistic expectations."
AP 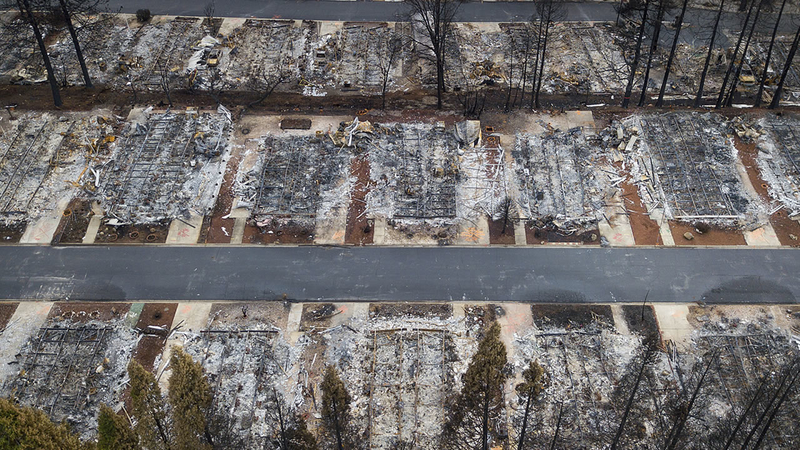 SACRAMENTO, Calif. -- The head of a trust established to pay billions of dollars to victims of wildfires caused by Pacific Gas & Electric equipment is resigning even as payouts continue to lag.

John Trotter, a retired California appellate court judge, announced Tuesday that he is resigning as trustee of the PG&E Fire Victim Trust as of June 30.

Trotter headed the fund since it was established in 2020 and said he had promised his family he would step down after two years. Cathy Yanni, who served as the fund's claims administrator, will become the new trustee.

"Throughout these past two years, we have devoted our fulltime attention to addressing the financial and other hardships of thousands of deserving fire victims," Trotter said in a letter to fire victims. "As stated above, progress has been made, but there is still more to be done."

Fire victims receiving money from a PG&E settlement were appalled to learn thousands in medical liens are being held back from their payments.

He promised the transition would be "seamless" and wouldn't interrupt processing claims.

The trust was established to provide $13.5 billion to compensate some 70,000 victims of Northern California wildfires in 2015, 2017 and 2018, including a 2018 blaze that killed 85 people and largely destroyed the town of Paradise, northeast of San Francisco.

The fires were blamed on PG&E's long-neglected electrical grid, and the company was forced into bankruptcy, from which it emerged in 2020.

The trust is run independently of PG&E but is funded by money and stock in the nation's second-largest utility, which could be sold. However, PG&E share prices have sagged and the trust is about $2 billion short of its required funding.

More than $51 million, including hefty salaries for those in charge of the Fire Victim Trust, have been racked up as those impacted by deadly California wildfires still wait to be paid.

Last year, the trust sought a $1.5 billion loan from the state but it hasn't been granted.

In his letter, Trotter said 250,000 claims have been filed, including 400 death claims and more than 100,000 for emotional distress. The trust has authorized about $4.5 billion in payments, he said.

Trotter told the Sacramento Bee on Wednesday that some fire victims are frustrated with the pace of payments.

"We walked into a situation where we could not meet the unrealistic expectations," he said.

VIDEO: PG&E's trust to pay wildfire victims is millions short; bill proposed would bail them out, but how?
EMBED More News Videos

Will California now help bailout a PG&E fire victim trust fund that is coming up millions of dollars short on what was promised to victims?

Trotter's resignation announcement comes two months after the trust parted ways with Patrick McCallum, a lobbyist it hired to help secure the state loan. That followed news reports that the California State University system paid $600,000 to settle a lawsuit brought by a former school provost who said she faced retaliation for reporting complaints by female university employees that McCallum sexually harassed them at a party. McCallum denied the allegations.