KGO
By by Heather Tuggle 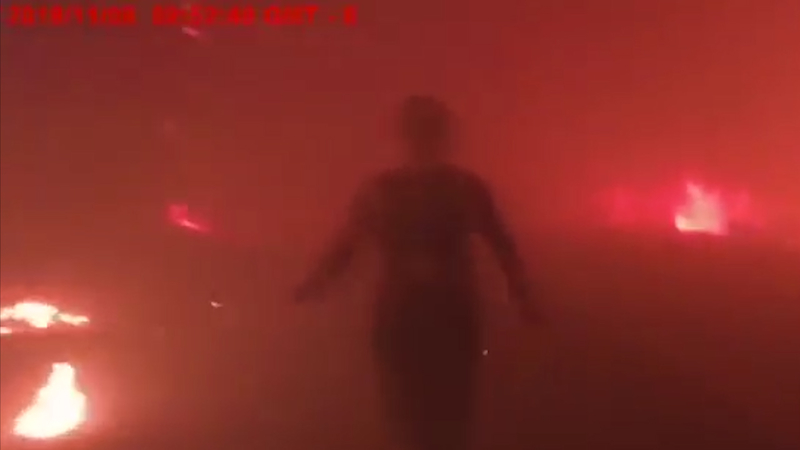 PARADISE, Calif. (KGO) -- Butte County Sheriff's Deputy Aaron Parmley thought he was capturing the last moments of his life on November 8. Instead, Parmley's body-worn camera recorded the rescues of four nurses who had been trapped by the Camp Fire's flames surrounding Feather River Hospital in Paradise.

Parmley was on his way to get the nurses when his car broke down. He got out of his car and started walking toward the flames and into the smoke that made it impossible to see more than 10 yards.

Parmley turned on his body-worn camera so there would be a record of what happened to him.

What he captured was an apocalyptic scene.

The video shows deserted streets surrounded by flames as sparks fly like fireworks across the road.

Parmley comes upon other survivors running down the streets that are too smoky to drive. They are disoriented and panicked. "Go left," he tells them.

As Parmley finds the nurses, a bulldozer appears from the smoke. He uses a flashlight to flag down the dozer. The bulldozer operator gives rides to some of the survivors. Others follow behind on foot.