Oakland football player fighting for his life after cancer spreads 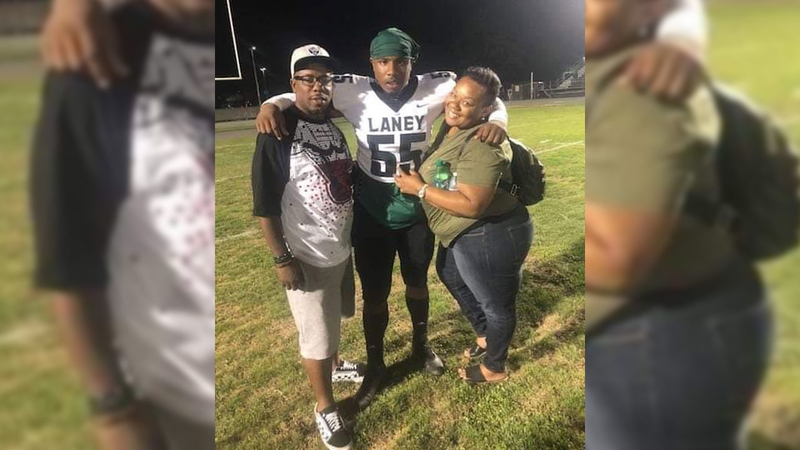 Oakland football player fighting for his life after cancer returns

OAKLAND, Calif. (KGO) -- A college football player who once fought for points on the field is now fighting for his life. He and his family are also fighting against what doctors say could be his last days.

We first met Ramone Sanders one year ago, after he broke his leg while playing football for Laney College. A seemingly routine break turned out to be bone cancer.

Friday, speaking to ABC7 News via FaceTime from his hospital bed, surrounded by family and friends, Ramone is surprisingly positive during what doctors say could be his last days.

"They're saying that they have a feeling the cancer is back in his lungs and it's causing a lot of bleeding," says Danne Jones. She continues, "Honestly, it's been hard. I try to stay strong for him and his mom and dad and sisters and everybody else."

It is the love from Ramone's family and one-year-old daughter, Nevaeh, who Danne says is a pure reflection of her dad, that keeps this once-thriving Laney College football player staying positive during what doctors say could be his last days.

Ramone is now in hospice.

Since we first met him, an incredible outpouring of support from Ramone's friends, and a community that came out to fund raise. After chemotherapy Ramon went into remission-- things were looking up.

"It was a long struggle," says Ramone from his hospital bed.

Until just this week. Until this latest prognosis.

"We know Ramone's going to be okay no matter what the doctors say. We serve a God that can go above everything," says his father, Ramone Sr.

Nevaeh, by the way, is the word heaven, spelled backward. Ramone's little piece of heaven on Earth. Keeping him going.

Ramone hopes to be out of the hospital in four weeks despite what his doctors say. His dream is to one day start a sports camp for kids.