ABC
By by Mike Cerre 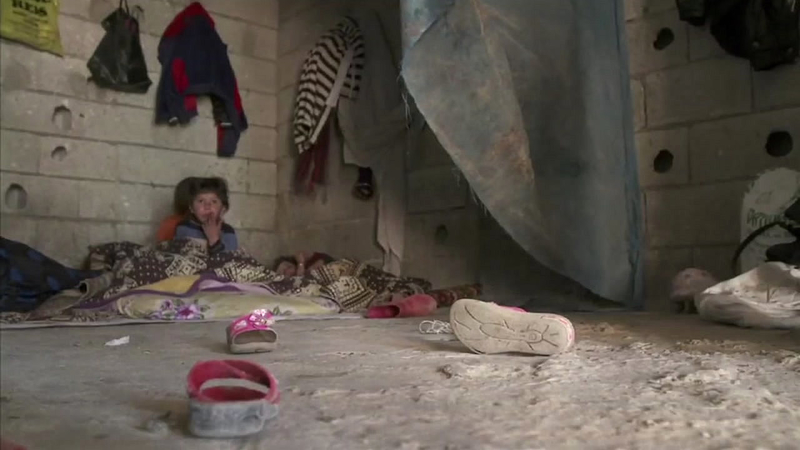 The tradition of a care package for war zones started 70 years ago this month. Now, the original idea has been reinvented to help Syrian refugees make it through the winter.

If you search online for care package, you'll find more than 25 million listings.

"I was one of the very first CARE package recipients and having just grown up and not having had any food, we were just emaciated, I mean very thin," Renate Senter said.

Senter remembers the first CARE packages of powdered eggs, corn beef and fruit preserves she received as a young German refugee at the end of World War II. "When I came home to my mother and showed her this I said: "The Americans did this," Senter said.

For a $10 donation to CARE back in December of 1945, Americans could buy and ship boxes of surplus Army rations to post-war Europe that could feed 10 people during one of the greatest humanitarian crises of the 20th century. "The CARE package to me is the icon of American generosity and it sort of encapsulates the impulse to do something directly from one person to help another person," USA CARE CEO Michelle Nunn said.

Flash forward to the greatest refugee crisis in Europe and the Middle East since World War II when there were more than four million people who were displaced. The majority of them were living without any source of income, on their own outside of traditional refugee camps during winter.

An electronic voucher is described as the new CARE package. The food vouchers work like any other debit card, but have a monthly limit per family and can only be used to buy food, hygiene and household essentials.

New credit is added monthly with funding from the United Nations and international aid organizations. It's faster, better and cheaper for delivering essential food and clothing than shipping, storing and delivering actual CARE packages.

Many CARE relief workers in Turkey are Syrian refugees themselves. They make sure the voucher cards get to the neediest, such as an extended family of 13 living in an abandoned warehouse just across the Turkish border from Syria.

CARE is also giving families a one-time voucher card to buy heaters, coats and blankets to get them through this winter. "So, by giving the voucher rather than a set kit of in kind donations, it enables the family to choose what's right for them and meet their own needs better," Nunn said.

The food vouchers started out with a value of $30 a month per person until a shortfall in international funding forced the United Nations to tweet nearly a quarter of a million refugees were being cut off.

Today in Turkey the voucher is worth about $18 a month, which means 60 cents a day for food. "The world spends more on bubblegum than we do on our broader humanitarian responses. We have a historic moment in time and in another generation we want to look back and we want to be able to say we were as generous at this moment in time as we were for instance after World War II," Nunn said.