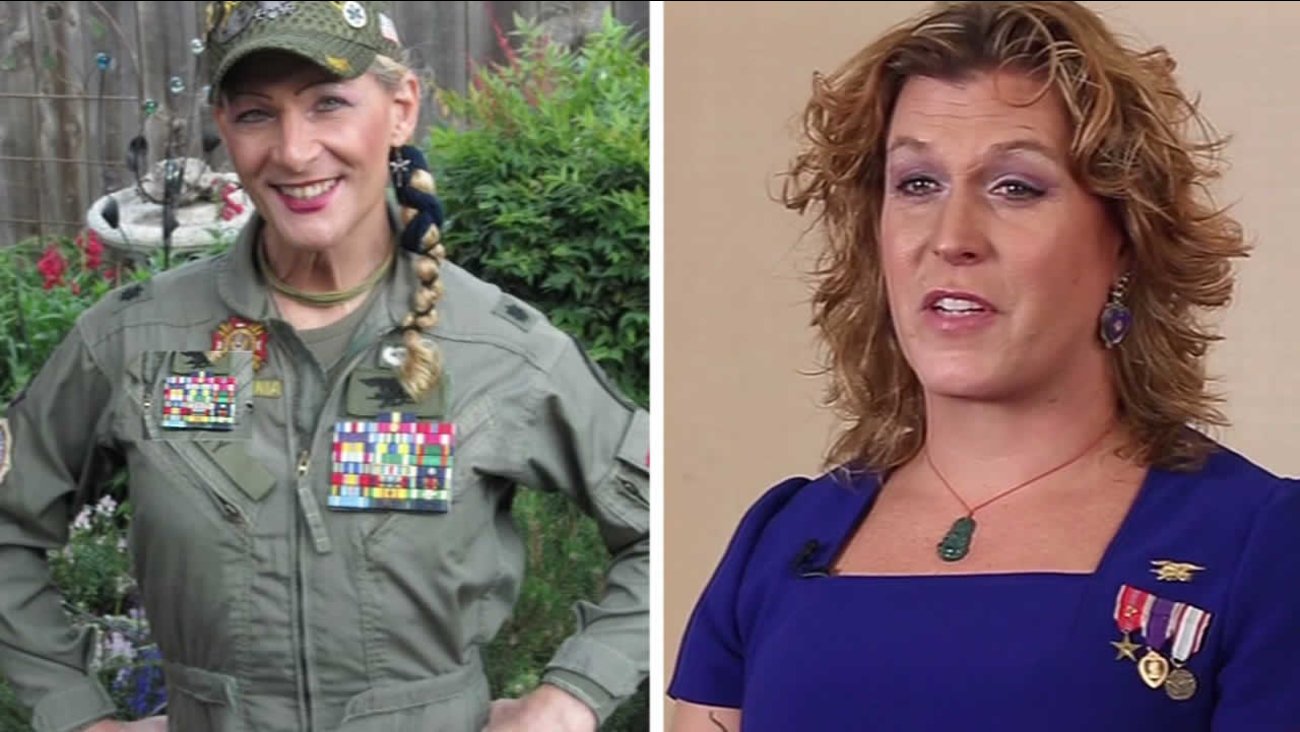 MARTINEZ, Calif. (KGO) -- A highly-decorated Navy SEAL has taken on a new mission -- fighting for the rights of transgender people. And, she's helping the ABC 7 News I-Team expose a new case of stolen valor in the East Bay.

Stolen valor -- wearing medals that you didn't earn and do not deserve, claiming to be a Navy SEAL when you're not. It's an insult to real Navy SEALs and to anyone who served in any branch of the military. It is also illegal. 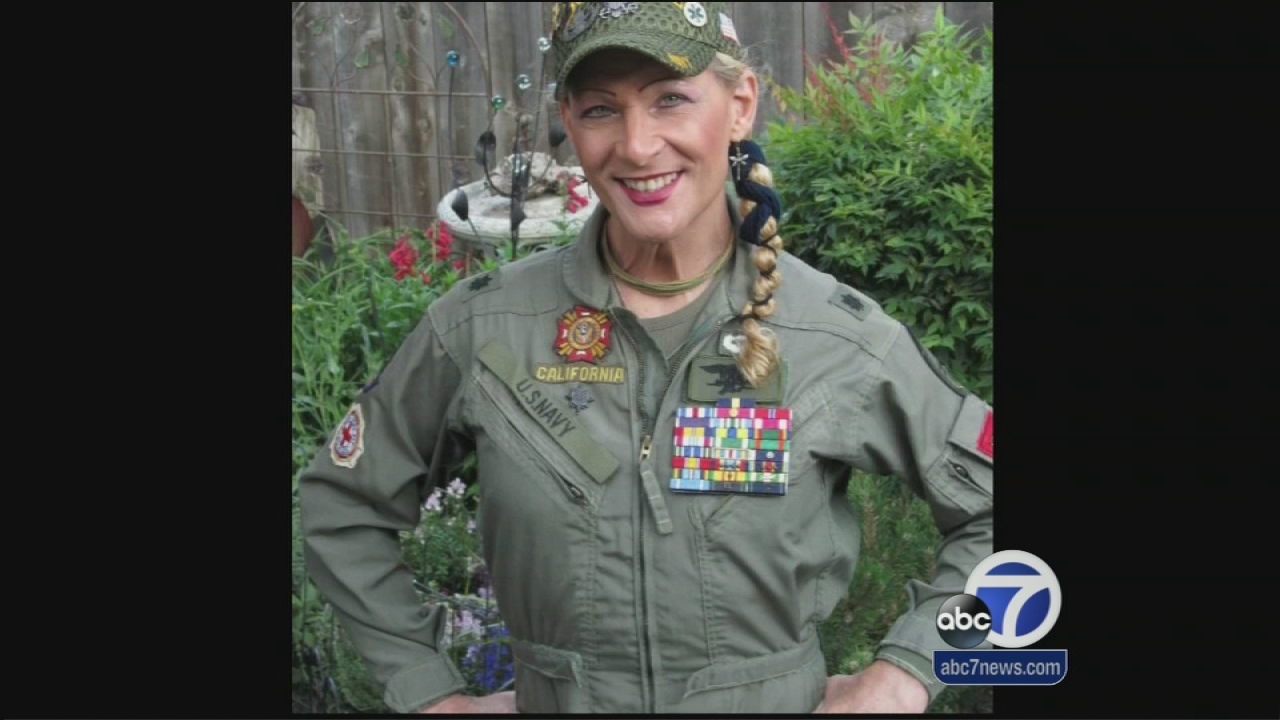 There is video of Chris Beck somersaulting out of a plane during Navy SEAL training. He served 20 years, including a stint with the elite counter-terrorism unit, SEAL Team Six. Beck grew a long beard for undercover work. He was often the "breacher", the first one through the door on hundreds of raids in Iraq and Afghanistan, and became a team leader -- a senior chief.

During training, Chris Beck told his colleagues, "You guys can load as many mags as you want and shoot to your heart's content, but it's up to you to load your mags and take care of that."

He paid the price, receiving a Purple Heart for his many injuries in combat and a Bronze Star with the "V" for valor.

Chris Beck retired three years ago and started living as Kristin Beck. She says it's the toughest battle of all, in many ways.

Beck made a conscious decision to be very public about her life, speaking at transgender conferences such as one in Pennsylvania in March.

She told participants of the Keystone Conference, "I'm going to keep working really hard until the military accepts us and that's my thing."

She's also the subject of a documentary, "Lady Valor" that's now on the festival circuit. After the release of her book, "Warrior Princess" last year, Beck took heat on social media from a woman in Martinez. On a blog about transgender issues, Robin Summers Mitchell wrote, "She is not... the first SEAL to ever be transgender."

"And why the heck are you doing it anyway?" asks Beck. "Doesn't make any sense. Go and be happy with your own life and do your own thing, and achieve your own achievements. Do your thing."

Mitchell wore the trident awarded to Navy SEALs and claimed she completed "Basic Underwater Demolition SEAL" or BUD/S training in the late 1970s.

She came to Noyes' attention when a viewer who lives in Martinez spotted her in a collage of fake SEALs, in an I-Team report three months ago.

Noyes spotted Robin Mitchell in Martinez and asked, "Will you please stop and talk?"

Mitchell promotes herself as a leading transgender activist, founder and CEO of something she calls the "Trans Purple People Party" and she attended last year's San Francisco Trans March in Dolores Park.

She sometimes wears her medals to public appearances. The problem is, 30 of them are fake including the Navy Distinguished Service Medal, the Silver Star, Bronze Star and Purple Heart.

Beck argues, "We put our lives down for that and you're using that for personal gain? That's offensive, that's just not right."

Records obtained by the I-Team under the Freedom of Information Act show Mitchell did serve as a Navy interior communications electrician on several ships, for seven years beginning after the Vietnam War. She was never a Navy SEAL.

In phone calls and a long Facebook exchange, Mitchell considered an interview, then refused, saying it's her "First Amendment Rights ... anyone can act or wear anything they want including but not limited to looking female or looking like a Navy SEAL...not a crime."

Noyes told Mitchell in person, "I really want to make sure that I understand your Facebook message to me that you believe it's your right to dress as a Navy SEAL."
Mitchell answered, "Do you believe I'm Robin?"
Noyes: "I believe you are."
Mitchell: "'kay."
Noyes: "Are you not Robin?"

Vietnam veteran Doug Sterner who helped write the Stolen Valor Act told Noyes, "You know, this is the kind of person that we were targeting when we wrote the original Stolen Valor Act. Has nothing to do with gender identity. It has to do with hero identity and stealing that persona."

The latest version of the act signed by President Barack Obama last year makes it a crime for someone to lie about receiving any of the most prestigious service medals "with intent to obtain money, property, or other tangible benefit".

Mitchell refused to answer any of Noyes' questions and said, "Don't ever come back here."

Even if the financial aspect can't be proven with Mitchell, Sterner hopes she could still be prosecuted for wearing medals she never earned.

"I think it's a total injustice," said Sterner. "I think it's a slam at every man and woman who's received a Purple Heart legitimately, and I think it is the kind of thing our community should be totally outraged about."

Beck is upset about the negative attention Mitchell brings to the transgender movement, while she pushes for greater acceptance.

"Being transgender is already tough enough," says Beck. "That someone bringing out more negative attention on myself, upon being transgender and then also on the SEALs, things are tough for all of us." 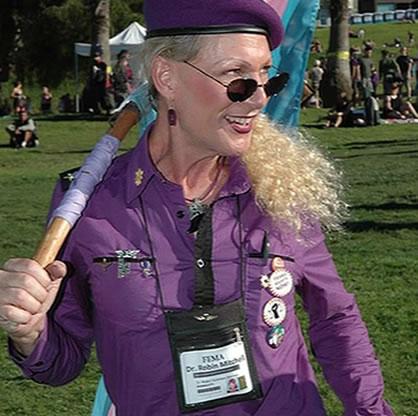 Looking back at that picture of Mitchell at last year's San Francisco Trans March, you can see she's wearing a FEMA I.D. Officials at the District 9 office in Oakland say the name tag is a fake -- Mitchell never worked for FEMA as an employee or volunteer.

By the way, Kristin Beck's film "Lady Valor" is playing in San Francisco next month at the Castro Theater. It plays June 27th at 1:30 p.m.
Show information